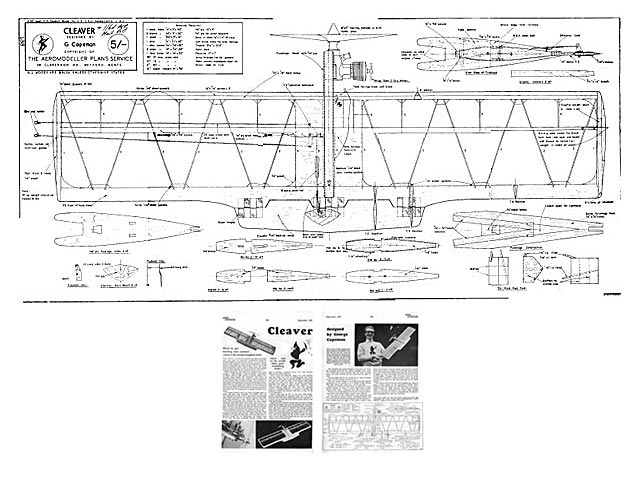 Quote: "Want to get battling into combat? Here's the model. Cleaver, by George Copeman.

This 'wing' design for combat has been developed over four years of successful competition flying by various members of the Kenton MAC. It is the twety-fourth in the designer's own line of development, during whivch he has built over forty models. This is one of the most successful to date. Add to these forty the wings bilt by other club members and the total number cannot be far short of two hundred in four years!

When designing, the following qualities have been sought:

The order of importance of most of these qualities will be dependent on the pilot's style of flying combat. For instance, if you prefer not to manoeuvre a great deal during a combat joust, then you will need a fast model. If you manoeuvre a lot, a consistent-engine run, and so on. This version of the 'Kenton Wing' is most suited to George Copeman's particular style of flying, and it is hoped, equally so to yours.

Cut engine bearers and 1/2 in balsa fuselage parts to shape and glue with Araldite or similar. Cut out TE and ribs..."

Quote: "George Copeman’s Cleaver. It is from around the same time as Pete Tribe’s Razorblade (and flies much the same)". 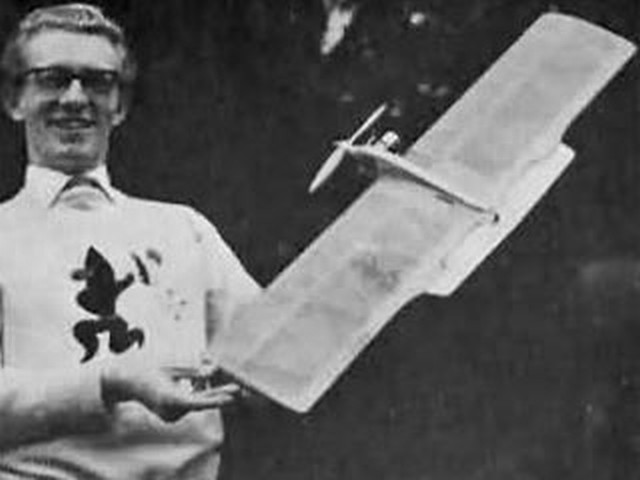