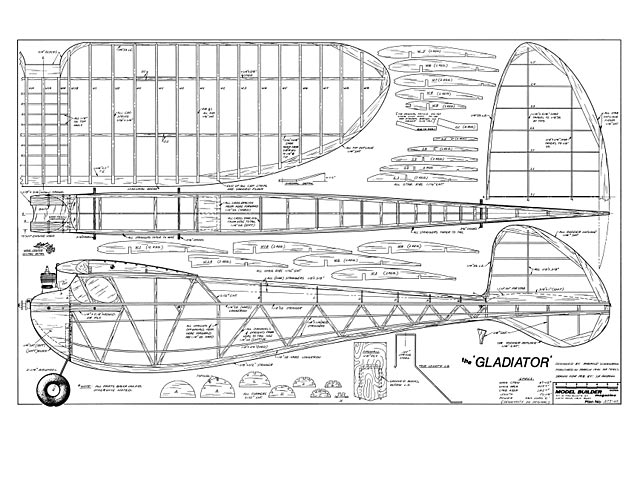 One of the great mysteries to us in the last few years of Old Timer competition is the complete disregard for this classic C Gas design, originally published in the March, 1941 issue of Air Trails. With the exception of Hal Cover's Gladiator, which we last saw a couple of years ago at Taft, there just don't seem to be any of them around.

With almost six square feet of wing area, the airfoil was kept thin to reduce drag and aid the climb. The extremely long tail moment, while affecting the climb only slightly, provides control during the power-on portion of the flight, and guarantees a flat, time-consuming glide. Obtaining a balance point 40% of chord aft of the wing's leading edge can be a bit difficult with the long tail moment, but moving it back necessitates positive incidence in the stab, and that louses up the power pattern. The original ships were trimmed for a right glide turn with rudder deflection, and a left power turn with a small amount of left thrust. To control the left turn under power, a 1/4 inch of wash-in is called for in the left wing panel.

For those interested in adding radio control (who's kidding who with this radio assist stuff?) the two-wheel gear, coupled with that long tail moment, makes for excellent ground handling. Although the low-profile rudder would seem to be blanked by the large stab, a similar situation has never bothered rudder control on the Powerhouse, a very popular old-timer for radio control." 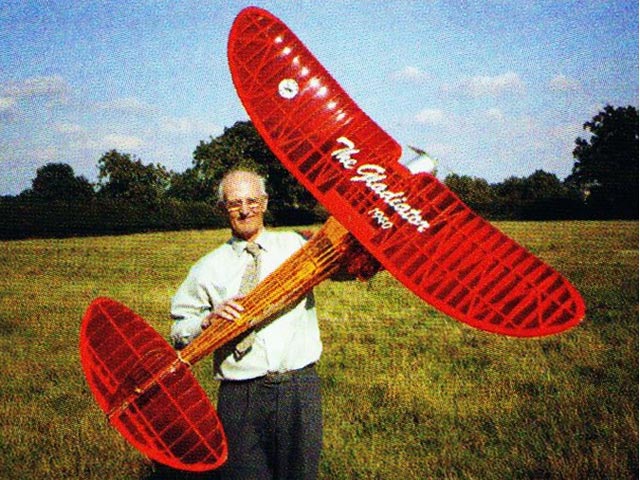