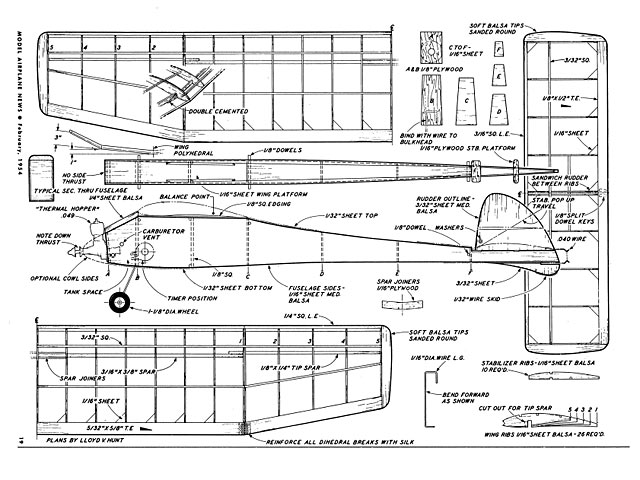 Quote: "This airplane wasn't created; it was developed through three test ships. From prop to pop-up tail, it's best in modern design.

Unlike most models, the Apache was developed and not just designed. From experience we have found this necessitated constant attention to practical construction and design styling. After a review of our past contest designs and a carefully planned layout of what we were attempting to achieve, we derived the configuration presented.

In all, three models were constructed with special attention to:

1. power
2. size
3. center of gravity location in relation to the thrust line
4. adaptability from .049 displacement to .49 cu in.

Consideration of the pylon trend was abandoned.

The model, when launched, climbed to the right and was trimmed to circle left. When first tested under power, we expected the model to spin in. To our surprise, the model, after approximately a 90° flat turn, started upstairs, but fast. We test flew the Apache with a five second motor run; then tried a 15 second run and lost the model. Yes, the dethermalizer was lit and operating.

Through association with model builders we have developed a healthy respect for their ability to follow plans. Consequently, we have omitted the usual detailed description of construction.

Fuselage construction is begun by cutting the two sides, then the formers as shown. Note that the landing gear is bound to former B. Lastly, cement in place the firewall, Cowl side panels may be added. Mount the tank and shut of timer, plus dowels and other details. Fuelproof between A and B thoroughly. 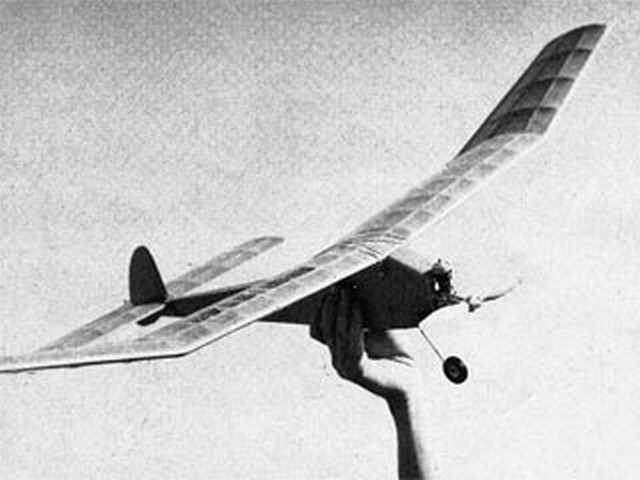