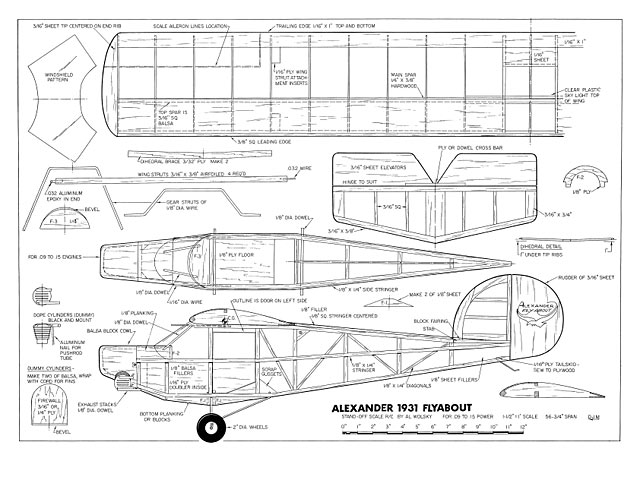 Quote: "A little known lightplane of the early 1930's that became a victim of the depression was the flyabout.

This model is in the stand-off scale category and is scaled at 1-1/2in equals 1ft. This resulted in a model of 56-3/4in span, and needs no more than a .15 for power. In my research on the Flyabout I used a 3-view drawing that appeared in a Nov 1931 issue of Aero Digest and also referred to photos the company used in their advertisements during the period.

The model is not difficult to build and should present no problems to you in building or flying.

Fuselage. Get five lengths of 1/4 sq balsa, which is all you will need for the stick frame. Build one side over the side view, when this is dry remove the pins and cover this first side with a piece of kitchen wrap. Now build the first side directly over the first..." 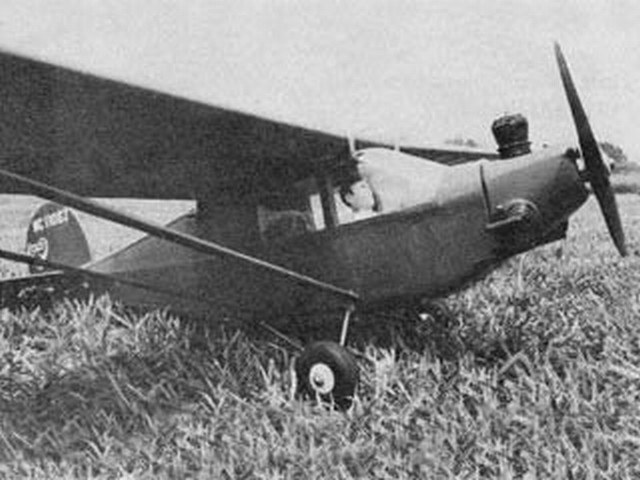