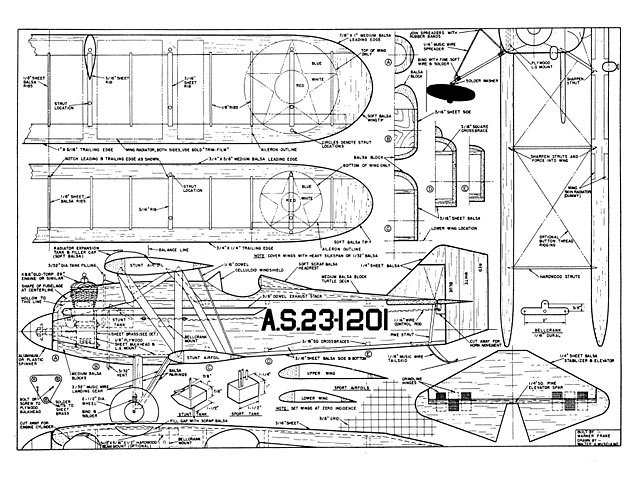 DURING the years immediately following the end of World War I, the military services of the United States encouraged the development of racing planes and the Pulitzer Trophy Race resulted in some keen competition between the Army and Navy.

Considerable design experience was gained from the Navy Curtiss R2C and R3C racers while the Army learned much from its Curtiss R-6 and R-8 racers. The results of this ex-perience were incorporated in a newer Army model in 1923. This plane was the Curtiss XPW-8 and was powered with a Curtiss D-12 V-type liquid-cooled engine of 440 hp. Although only three planes of this type were built, the US Army ordered twenty-five slightly modified designs which had the cooling radiators under the nose instead of being built into the top wing. These aircraft were designated PW-8 and became the standard Army pursuit plane until the Curtiss Hawks were evolved.

Lt Russell L Maughan (the Pulitzer Trophy Race winner in 1922 at Detroit) flew 2,670 miles from Mitchel Field, Long Island to Crissy Field, San Francisco in his XPW-8. This flight took 21 hrs, 48 min and attracted world wide attention because he had spanned the American continent from dawn to dusk, on June 24 1924, thus setting a transcontinental record. As a matter of fact, Lt. Maughan is known as the 'dawn to dusk flyer' because of this flight.

With 285 square inches of wing area, our XPW-8 model performed stunts beautifully, and a sport airfoil has been included on the plan for those modelers who do not wish to stunt. We used a K & B Glo-Torp .29 engine. However, any engine from .19 to .49 can be used although the .49 installation is recommended for the experienced builder only.

Begin construction by cutting the fuselage sides from 3/16 medium balsa sheet. Make certain you cut out for the lower wing and stabilizer. Join the rear of the fuselage sides and cement the 3/16 cross braces in place at station E. Add the remaining cross braces and plywood bulkhead B. While this is drying, the wire landing gear can be bent to shape and joined together. This assembly is then wrapped to the plywood platform with crinoline and cemented well. The plywood platform can now be securely cemented to the fuselage sides. Cut the tail surfaces from 1/4 in sheet balsa and sand to a streamline cross section..."

Note: Warner Frake was a pseudonym used by Walt Musciano. 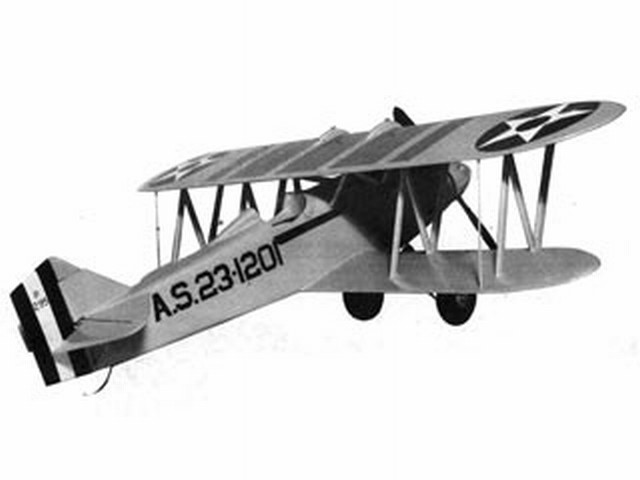