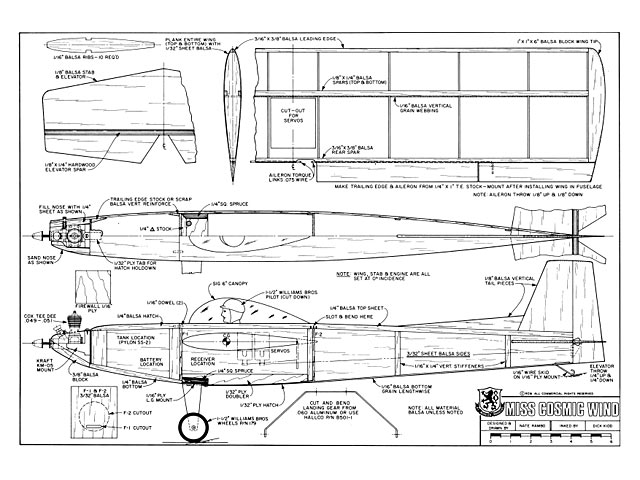 Quote: "A fast building, fast-flying Half-A pylon racer that will give you a competitive edge in this season's racing circuit. By Nate Rambo

There is no question that any racing event is exciting. That truth is indisputable, whether the event be sports cars, airplanes, model airplanes, or any other activity. Perhaps it's the man-and-machine against 'man and machine' aspect that raises the heartbeat. Whatever the cause, the electrifying result is the same for all race competitors. Unfortunately, many model flyers have never actually tried model airplane racing, or have made only limited attempts at the sport because of the attendent problems and drawbacks in most existing racing events.

Half-A pylon racing offers a solution. It is a racing event which differs from others in that it is relatively inexpensive and takes only a fraction of the effort normally required. Because of this, novice and expert flyers across the United States tried the event for the first time in 1975 and found it had plenty to offer. They found that a racer could be built in less than a week for an unbelievably low cost. The engines were cheap, could be easily started, and gave just as dependable runs as the big Schneurle forties. The models could be hand launched and, as a result, could be raced on very poor fields. Furthermore, officiating the races was simple and there was little haggling about who finished in what position. There were many other advantages to mention for Half-A racing; but, instead, let us discuss the Cosmic Wind.

Miss Cosmic Wind was designed to compete in the Half-A pylon event. The model was developed from Hirsch's scale drawings of the real shoulder wing racer (N36C). This text provides information to assist the reader in constructing and flying the model. Also provided are tips on setting the racer up to be really competitive in the 1976 pylon race circuits. It should be pointed out that the ship meets all of the 1976 RCM Half-A pylon racing rules.

The fuselage is started by cutting the sides and bulkheads to shape. They are then assembled to form a basic fuselage frame. The various stiffeners and doublers can be cemented to the fuselage sides before, or after, this fundamental assembly. A great timesaver in framing the fuselage is to use 'Hot Stuff' or a similar cyanoacrylate adhesive. Critical joints, should be reinforced with gussets of epoxy or a conventional air-drying adhesive prior to completing the structures.

The fuselage box structure is finished by adding the plywood landing gear mount, the top and bottom sheets, and nose blocks. Use soft wood for the balsa pieces to save weight. The fuselage is then sanded to shape either by hand or by machine. Some builders may prefer to sand the nose differently than shown so that a spinner can be used..." 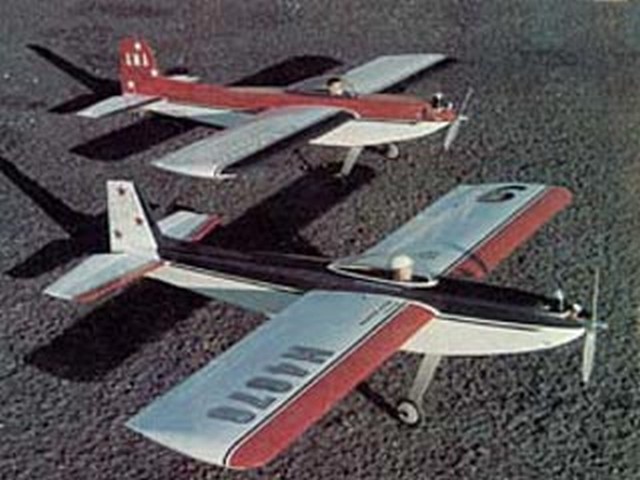