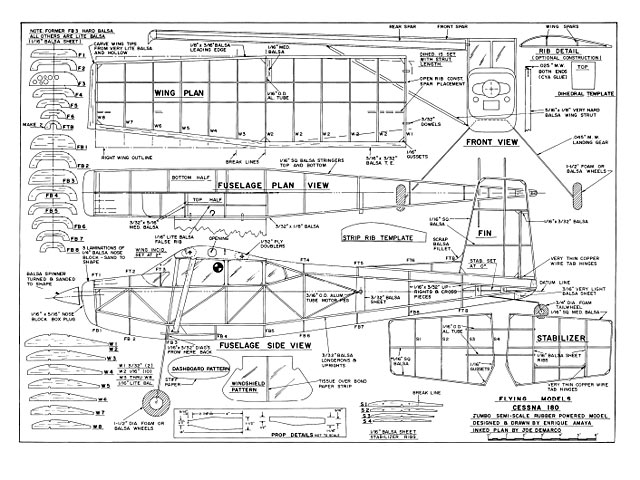 Quote: "The Cessna 180-185 series of aircraft dates back to the early 1950s, and since then it has continued as a successful design. It's the kind of airplane you can take off and land almost anywhere. It's very appreciated in Alaska; remote Mexico, Central or South America. In ranch, bush, mountain, or lake flying, this rugged taildragger can almost carry its own weight.

In the air it is an easy, honest flying machine, with very docile handling characteristics. It's capable of undertaking a wide variety of roles, even performing as an ag plane. Ask the factory and one would be delivered to your door, complete with a 151 gallon tank and a spray system.

From a design point of view, the plane offers an eye-pleasing juncture of well-bal-anced forms and lines, the kind of machine that gives its pilot a macho look and makes him feel proud of being at the controls of such a fine airplane.

The model. Well, being hooked on the full size aircraft, it's kind of obvious that I shoulfd try and duplicate it in model form. Instead of jumping into a full bown scale project, I just took the features which would give a good likeness of the plane. Underneth the looks however, lies a true free-flight model.

It could make a good free flight electric due to its size, proportions and flight characteristics. If you should choose that route, make a stronger attach point for the wing struts because they are functional and can carry a bigger load..." 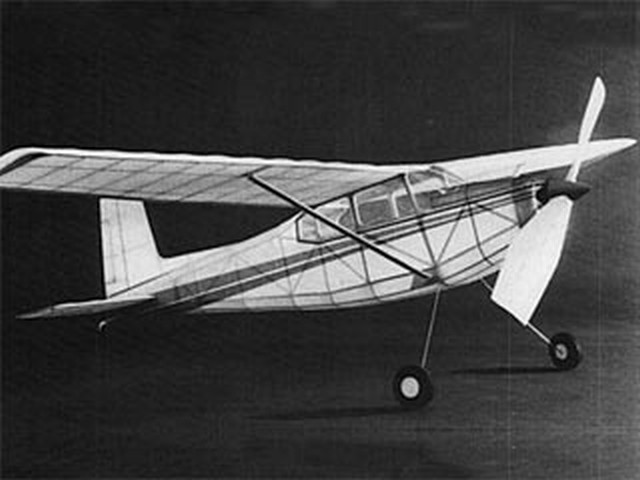