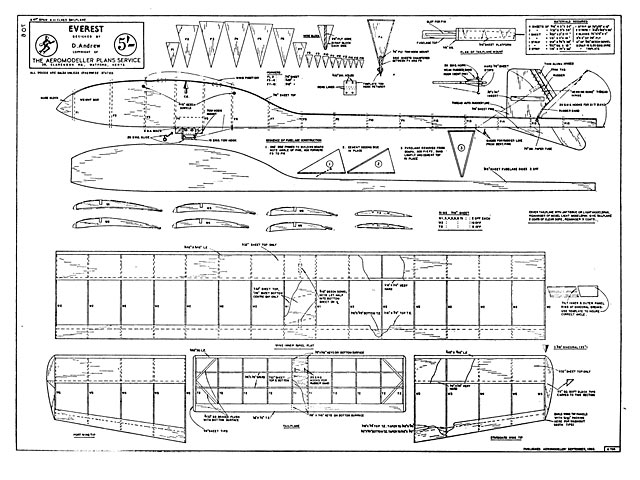 Quote:- "Easy to build 47in span A/1 glider for sport or contest. This is the seventh and final design of a series of small towline gliders that have been developed over the past four years by David Andrew, a Railroad Telegraph Operator at Campbelltown, New Brunswick, Canada.

Although construction is a little unconventional, and the model bears several unusual features (thick trailing edge airfoil, triangular cross section fuselage, the combined auto-rudder/trim tab.) it is completely functional and devoid of frills or novelties of any kind. Incorporated design features make trimming a mechanical routine, and a beginner should be able, if he follows the building and trimming instructions carefully, to produce a model that will go to the top of a 164 ft. line with a minimum of fuss, and remain aloft for two minutes or more, which is an above average performance for such a small glider.

Since the wing is the most important part of the model, we build it first. Cut the ribs from 1/16 in sheet and begin construction of the centre section by pinning the lower trailing edge strip..." 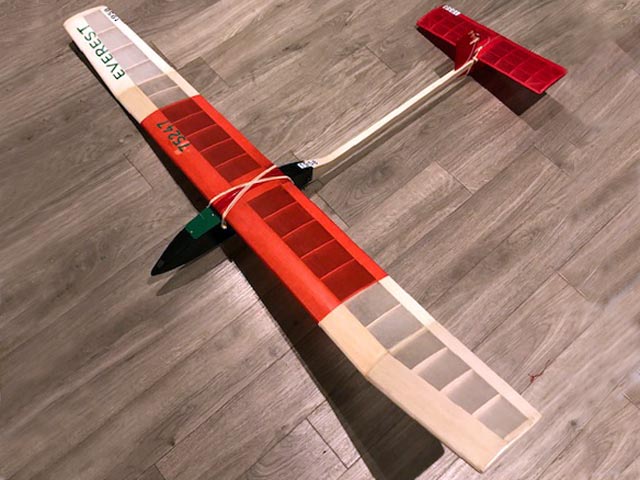