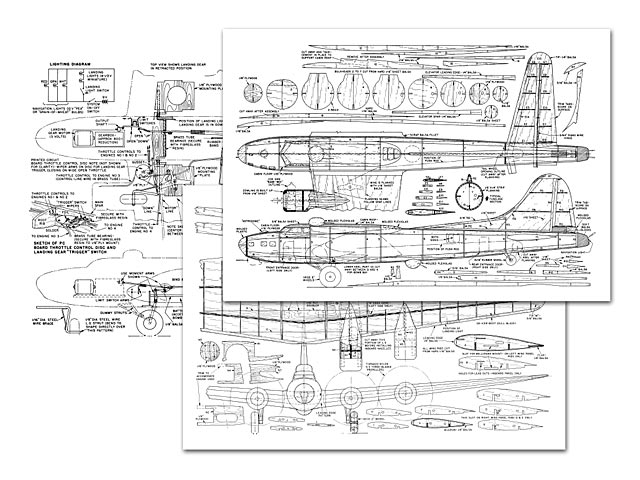 We could begin by discussing the fantastic record of the airplane that started life as a heavy bomber and ended the war classified as 'light' by contrast with the bigger, more modern aircraft that had come to supplement - but never to replace it.

But we won't. We picked the B-17 as our scale project because it's a model builder's dream ship; sturdy, straight-forward, handsome - and a born flyer that will ride in on one engine just like the big ones.

You can build her with fixed landing gear and two engines plus two dummies - or go all the way with four operating mills, retracting gear, operating flaps, navigation and landing lights, throttle control, and little men in the cockpit. Either way, she's a project that will keep you off the streets for quite a few evenings - but she's worth it. The ship is not recommended as your first scale project. But there are no unusual techniques, tools or materials required. 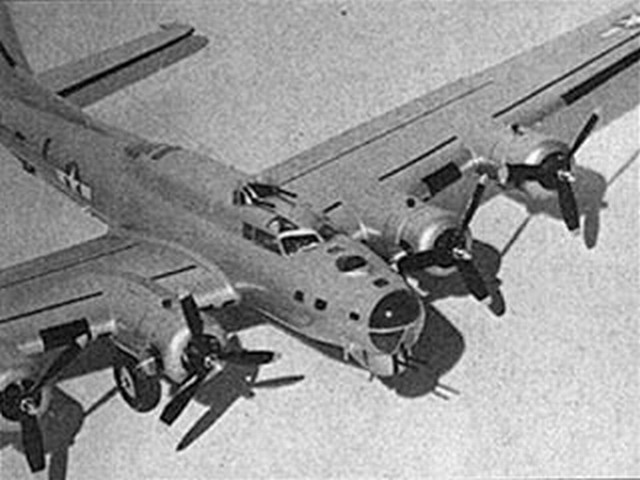