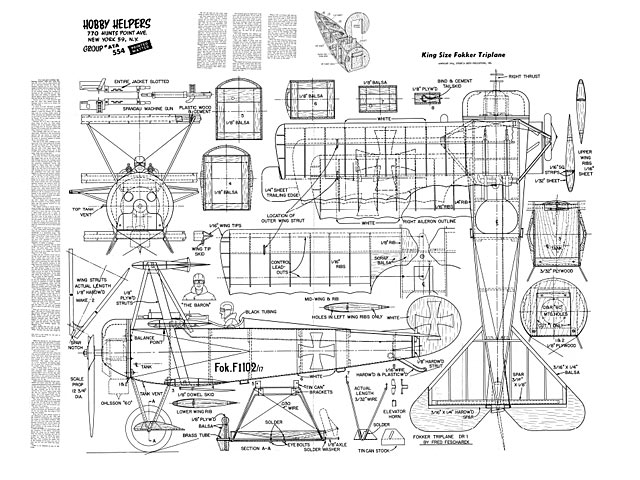 Quote: "Cut out and number the fuselage formers. Note that, while formers #1 and 2 are the same outline and of 1/2 in plywood, Former #1 has a rectangular opening cut out of it. The rectangle is bolted with the engine to Former #2 and the rest of it becomes the back of the cowling, making the cowling removable by just removing the two bottom bolts and sliding it upward. Use #2-56 Half-A engine mounting bolts for this and bolting the landing gear on.

Former #3 is of 3/32 plywood and has two ears that extend above the fuselage sides to serve as an anchor for the mid-wing.

The fuselage sides are cut from 1/8 sheet balsa. Assemble in the conventional manner but use plenty of cement on Former #2. We recommend using plas-tic wood or hardwood gussets to secure #2 to the fuselage sides.

The balsa fairings of the sides and top are cut from 3/4 x 3-3/4 in soft balsa block. We suggest that you do not cut the two side fairings and the rear fuselage turtle deck to their triangular shape until they are otherwise completely carved and sanded to shape-then take a straight edge and a sharp knife and cut, refer ring to the side view of the plans for the side fairings and to the top view for the aft turtledeck. You may then hollow slightly for lightness and cement in place..." 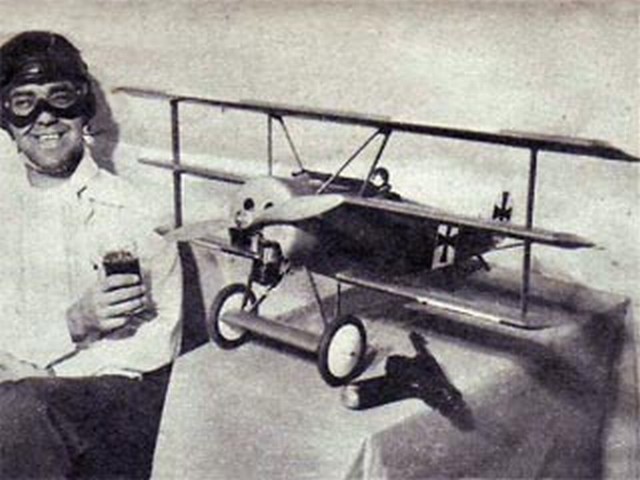