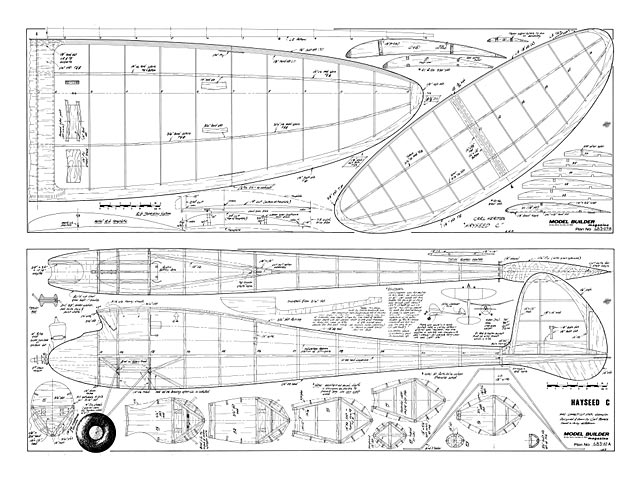 The original Hayseed C design (one of a series) is from 1940. This here is a later redrawn plan from Model Builder, in 1983. Hayseed C was the third of the series.

This model was one of a series that was flown from 1938 on, by a small group in the Bridgeport, Connecticut area. It turned out to be a pretty good team effort.

Chester Kowalkowski was an extremely fast builder and could turn out two or three ships in the time it took the rest of us to do one. We capitalized on this by talking Chester into building several wings and tails with different airfoils to try to find the best combination. Chester also showed us all by winning the 1940 State Champs.

Carl Cappozi developed the trim adjustments, tuned motors and modified props. He also owned a car (Hudson) and every evening during the summer we would all pile in and head for the flying field in Fairfield.

Paul Lyzak ran the model shop which consisted mainly of a little store front with a circular saw that produced any size stick of balsa that you wanted. The closest other source of good balsa at that time was Frank Zaic's (Jascol in New York City.

Bill Wargo was a carpenter whose work took him all over the Connecticut countryside where he was continually scouting for new flying fields. Bill flew the Hayseed for the longest time. Its last contest was in Rocky Hill in 1980 where it was lost.

Frank Bushey (ex-AMA President) imported the design to Hartford where he and Jim Grant (later of indoor fame) built a few. Jim made the longest official flight (57 minutes) at Long Island after the war." 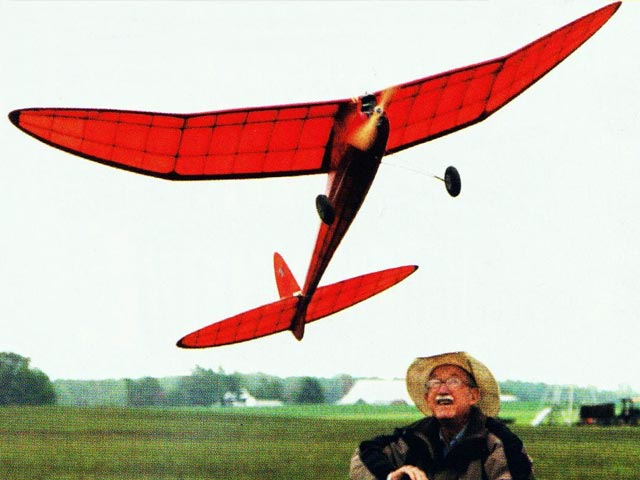