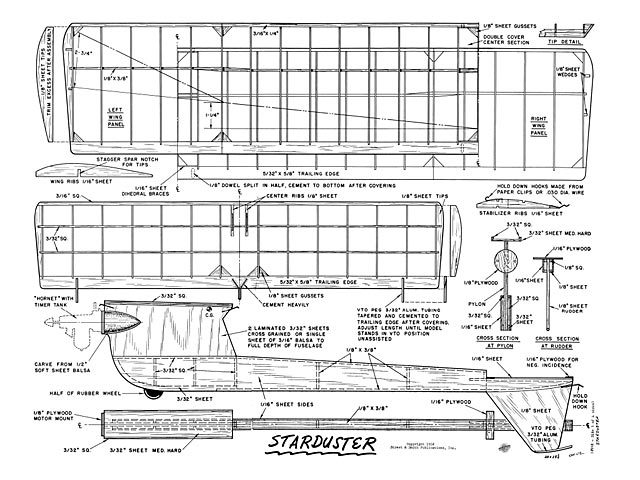 Quote: "Starduster was the first design in a series of high thrust line models, all of which have been spectacular in climb and exceptionally high in endurance. She easily makes maximum flights in cool morning air without the aid of thermals. The Starduster has turned in flights of 5 minutes and better many times, prior to start of contests. While the class A, B, and C models are not exact scale of the 1/2A Starduster the general configuration is the same, performance and flight characteristics similar.

Power pattern is almost straight away with a very slight turn to the left, the recovery might be described as a simultaneous action in which the model yaws to the left, flattens out and is gliding in its normal glide pattern. The long dip after power shutoff has been completely eliminated with this design.

The Starduster has proven itself to be a high performance model that is very easy to adjust; most of the models flown in the contests mentioned were trimmed out in three or four flights and ready for contest flying. If you are in need of a high performance 1/2A model, clean off the work bench and start building a Starduster." 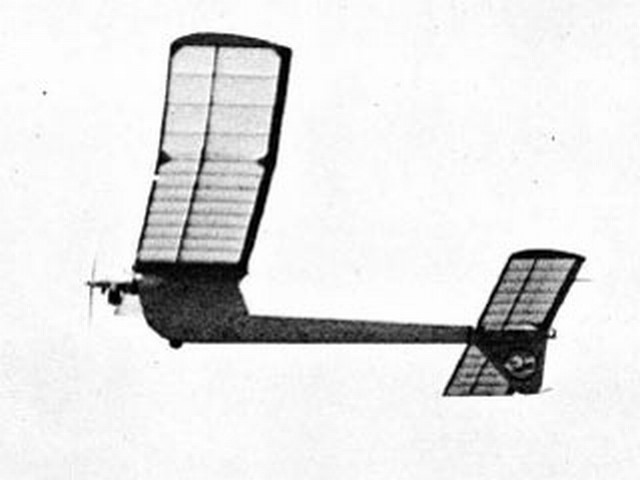