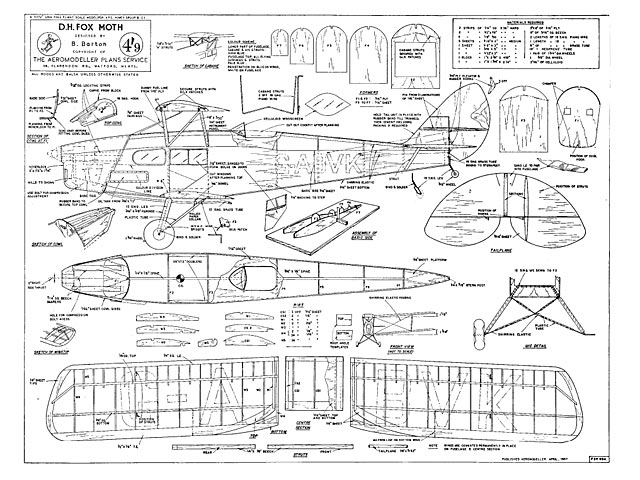 Quote: "It is rather surprising that there are so few examples of this most economic light transport flying in the world today. Using only enlarged fuselage proportions with more or less standard D.H. 82 Tiger Moth wing and tailplane units, the Fox Moth served a useful life with small airlines, charter companies and air circuses in pre-war years. G-ABVK which is chosen for Bernard Barton's model, was finished in two tones of blue for Hillman's Air Services operating out of Stapleford Tawney Aerodrome in Essex, whilst another colour scheme on G-ACEJ giving pleasure flights at Southport last year, inspired Mr. Barton to make a 30in scale model for his Mills 75 diesel. This was all silver with cream decking on the fuselage, registration letters in dark blue, and distinguished by not having a spinner. Unfortunately, G-ACEJ no longer exists as it crashed into the sea and was a total wreck. Now for the model, two basic fuselage sides are cut from 1/16 in. medium sheet..." 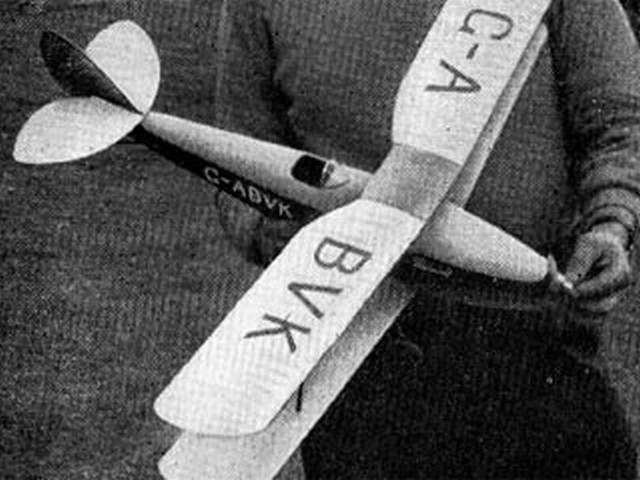