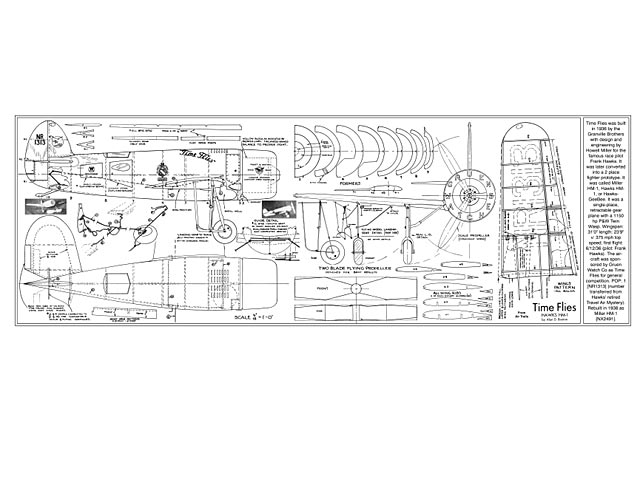 Quote: "REMEMBER the Travelair Mystery S Captain Hawks flew on so many record-breaking trips several years ago? Now he's testing a silver-and-blue ship similar in appearance to the Mystery S and promises to set as many new records with it as he with the old red-and-silver speedster.

The model of Time Flies is faithfully reproduced in miniature to conform with the outward appearance of the big ship. It even boasts of a landing gear that lets down at the end of flight, an anti-torque aileron, and flaps that also let down. With all these features the model, ready to fly in any speed-model race, weighs only 2 ounces, With the aid of the anti-torque aileron, maximum thrills with a minimum of crack-ups can be obtained.

The first step in building this type of model is to make plywood sheets for the formers and wing-cover panels. The four wing panels can be cut from two 7 x 8 in sheets of two-ply 1/64 balsa, cemented together cross-grained... " 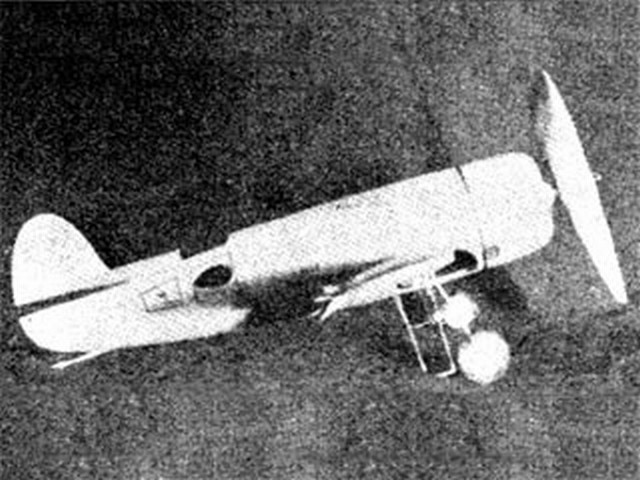