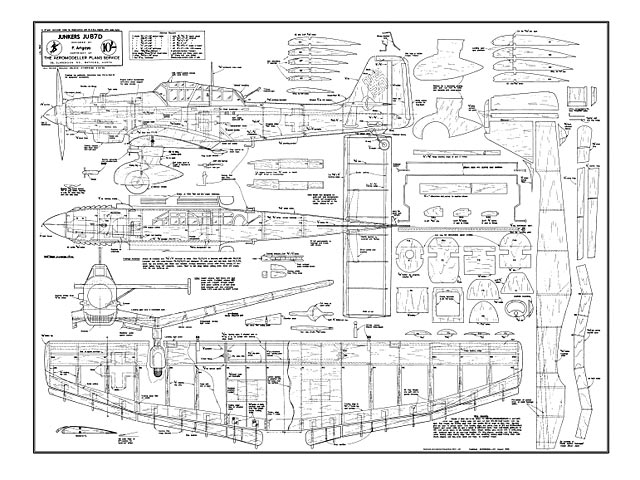 Quote: "No CLAIM IS MADE for this design to be true to scale in all respects. However, the purists will find that the drawing includes the scale outline indicating the deviations in the tail surface and wing tips.

This Japanese model has already accumulated a fine reputation in its homeland and the designer is renowned for his series of scale and semi-scale projects all of which are operated on single channel. This is one of his earlier and most used creations. It employs a rubber driven compound escapement driving the rudder with 3rd position for a motor control escapement. Other designs from the same school have employed aileron-only control and with the benefit of the later type motorised servos for the single channel Fujio has incorporated as many operations as: ailerons, flaps, motor speed, steering nose wheel and kick elevator, all off one servo!

We specially selected this Ju 87 Stuka for the reason that it is so well proven and is surprisingly simple to make in spite of its unorthodox cranked wing appearance.

The Ju 87 was a German dive bomber used in the earlier years of World War II, and having generous dihedral angles, offers a surprising stability to make it suitable for model flying. Strangely enough, very few free flight models apart from the well established Junkers Ju87D Stuka (oz7177) design in Aeromodeller Plans Service have appeared, yet performance is not in the least hazardous as was that of the full size.

For anyone looking for something out of the ordinary for Radio Control flying, even for local rough field operation, here is a thorough recommendation. It lends itself to a variety of colour schemes and the plan itself is one of the most detailed in our range. One has the option of using anti-stall slots in the wing tip panels, the trailing edge flaps can be used for trimming and the entire wing and undercarriage actually knocks off easily from the underside of the fuselage in the event of minor disaster.

On the full size plan are the developed templates for each of the major components, it also incorporates the basic building instructions. Whilst the original employed a .09 cu. in. glow plug engine, the model will take a full range of engines from the more powerful 1 cc diesels through to 2.5 cc - if you want something that is hot..." 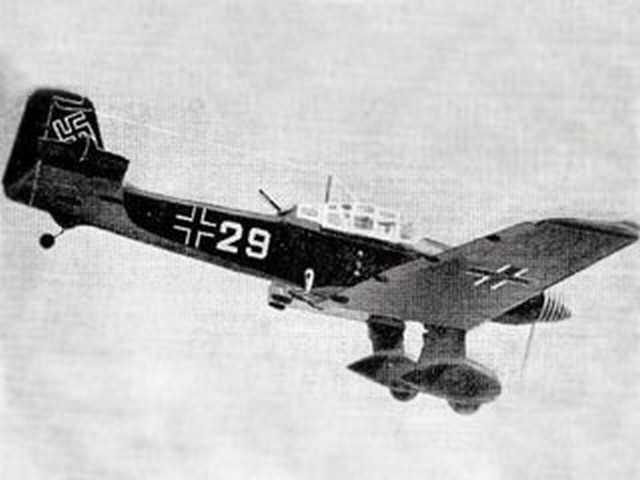