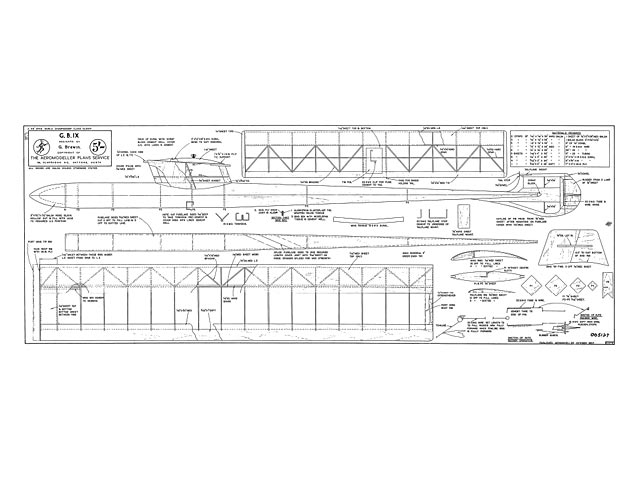 Quote: "An easy to build A/2 glider with latest design features and contest winning performance by Geoff Brewin.

THIS DESIGN was originally influenced by Eddie Caton's Zephyr of old Fairlop days when the A/2 specification was first announced. Mark I featured a diamond fuselage, polyhedral wings with end plates and high set tail. It was first flown in the summer of 1952 and on its third flight covered a distance of 30 miles. The second model was similar and flew very consistently, gaining Geoff's 'A' certificate in 1952. Then Mks. 3, 4 and 5 featured longer fuselages and improved performance. No. 5 gaining third place at Northern Heights, 1955, after disappearing upwards into the blue sky, following a D/T failure. It was found a year later after "wintering" in the open!

Mks. 6 and 7 were the first to feature the parallel wing with large end fins and had low set tailplanes. The performance was good, but towing apt to be tricky in winds. In December, 1955, whilst flying for the 'B' certificate, one of these models made eight flights all over 2:45. Next versions, Mks. S and 9 were similar to 6 and 7 but reverted to the high tail, which solved the towing trouble and had the trailing edge of the S.I. 64009 section drooped in a similar fashion to the Hansen section. No. S qualified for the 1956 Trials and placed 24th. Brian Tyrell built the No. 9 design qualifying for the team this year.

Construction should begin with the fuselage which is a conventional diamond section and the plan details should be adequate. Ensure that the pylon and fin are in line with one another when adding these to the basic square box..."

Update 09/10/2018: Replaced this plan with a clearer copy thanks to DBHL, theshadow. 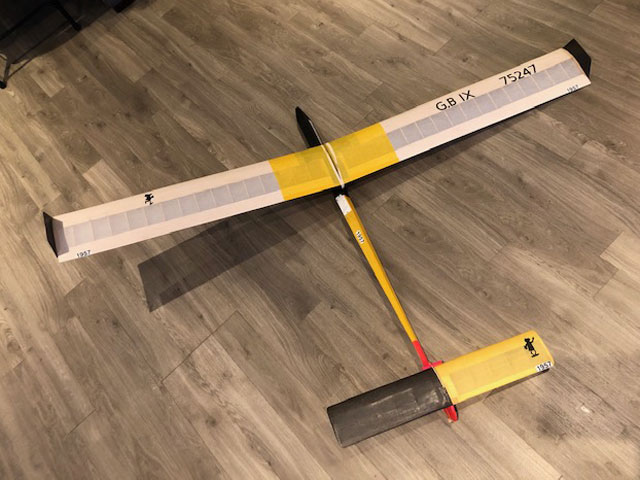