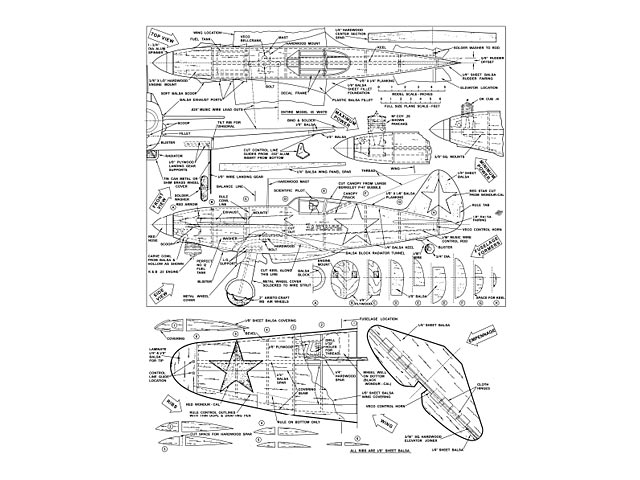 Quote: "Only a few Russian fighting planes were able to meet the onslaught of the German Messerschmitt, Focke-Wulf and Heinkel fighters on fairly even terms during World War Two. Among these was the MiG-3. This airplane was generally considered to have formed the backbone of the single seat fighter strength of the Russian air force during the early years of the war and remained in service through 1944. It is also known as the I-18, or I-61.

This sleek fighter of the Eastern Front was designed by a committee of engineers under the leadership of Guriev (the 'G' in MiG), considered one of the leading aircraft designers of Russia. A top speed of 360 mph puts the MiG-3 in a class with the Spitfire and Me-109. The powerplant is a 1,200 hp Mikouline AM-35A vee-twelve, inline, liquid cooled engine. The loaded weight of only 6,200-lbs is partially due to the plywood covered wings which also slow-ed the production rate of this craft. The armament consisted of from three to six machine guns. Light bombs were carried externally for use in ground sup-port missions against troop concentrations, tanks and other vehicles.

The ejector type exhausts, tunnel radiators, armor and self sealing fuel tanks of the MIG-3 illustrate that the Russian Air Arm was equipped with aircraft equal to those of the leading Western Powers as early as World War Two.

The 3/4 in to the foot control line model MiG-3 described here can be powered with any diesel or glowplug engine from .14 to .29 cubic inch displacement. This is the same scale as the many World War II control line models which have appeared on these pages during the past several years. Although this can hardly be classified as a beginner's project, there is no construction step that could not be accomplished by a builder with two or three models under his belt.

Construction begins with the wing center section. Trace ribs and hardwood spar onto specified material, carefully cut to shape. Assemble center section lower covering by butt joining standard widths of balsa to form correct chord distance. Lower covering should be in one piece running spanwise. When the covering is assembled and cut to shape the spar and ribs should be cemented to it and to each other. While this is drying the landing gear is bent to shape.

Bend the landing gear struts very carefully with a strong pair of pliers and a small vise. Be certain to make one right and one left hand strut. Each wire strut should be sandwiched between two pieces of plywood; apply plenty of cement. Drill small holes and, using a needle and strong thread, sew the wire strut to the plywood, then smear with lots of cement. Locate the point where the strut emerges from the wing bottom and make a small hole for it. Slip the struts through the holes, from the top and firmly cement the plywood supports to the ribs. lower covering and spar. Set this aside to dry thoroughly. Apply several coats of cement to this joint.

When the center section is thoroughly dry it should be carefully sandpapered. Take care not to round off the edges at rib No. 3 because the outer wing panels join the center at this point.

Additional construction instructions will be found on the full-size Hobby Helpers plans."

Update 2/07/2021: Replaced this plan with a cleaned up version, essentially redrawn from scratch, thanks to TonyP. 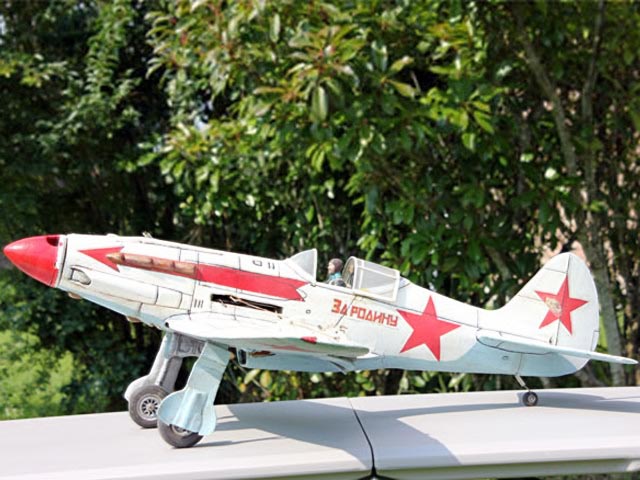