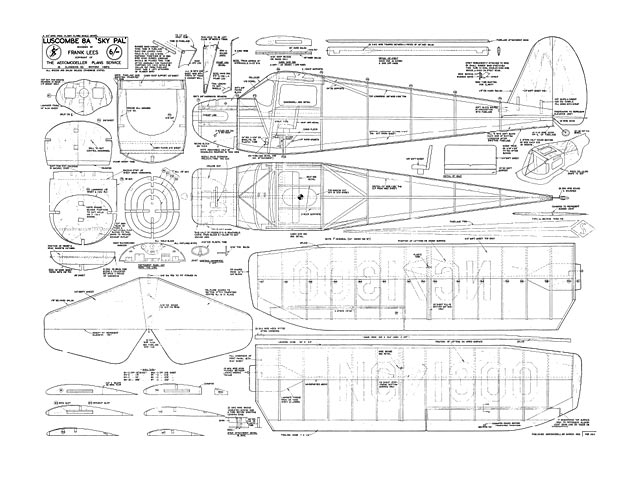 Quote: "THE Luscombe 8A Sky Pal was produced in America and it was from this design that the Silvaire was derived. The model at 63-inch span is the result of three years' research and was chosen because it included what was considered essential in a scale model of the high wing variety, ie wide root undercarriage legs, single wing-struts, fairly high aspect ratio, stressed skin construction and fairly large gap between wings and tail.

The all-sheet tailplane and fin, sheeted fuselage and wing leading edge provide the basis for producing a finish better than or equal to any, and the flying characteristics and appearance make the model a pleasure to handle. Although a model which may be undertaken by anyone with average experience it is not considered suitable for beginners.

Full instructions for building are included with each full size APS plan; but to whet your appetite, we give you some of the flying gen. Engine used in the original was a Mills 1.3 diesel.

Trimming. It should be stressed that the trimming of the model should begin by ensuring that all the surfaces are true to each other and that the model balances correctly. Under power, the original model turns in wide left hand circles and glides straight, but it is possible to make the model turn in any direction since wing incidence may be varied by cementing thin card to the port or starboard wing tongues.

Choose a calm day and hand glide the model over long grass or soft ground. Achieve a glide which borders on the steep rather than the shallow, otherwise the model may stall if flown in Windy conditions. Balance out tendencies to dive or stall by adding weight to nose or tail, or by altering wing incidence.

When glide is satisfactory, the first power flight should use an engine run of approximately 10 seconds with the engine throttled down to its lowest revs. If the turn under power appears safe, further flights on gradually increasing power should be tried. If turn appears somewhat steep, make adjustments by altering wing incidence or changing engine thrust line..."

Update 27/10/2013: Added both PDFvector and CAD format versions of this plan, thanks to hogal.

Update 25/11/2013: Replaced this plan with a clearer version (on plain background) thanks to JJ. 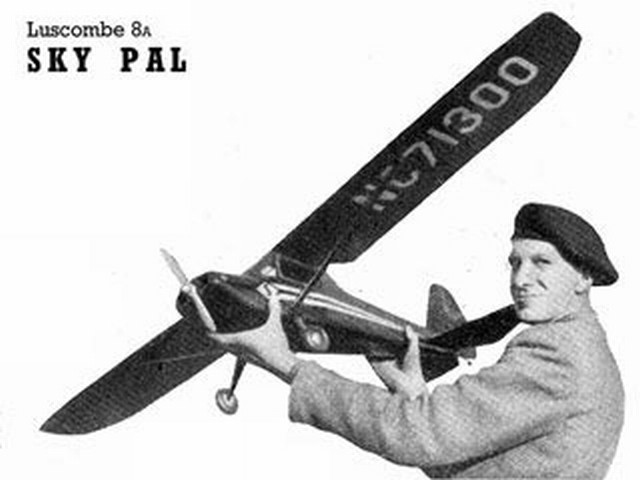