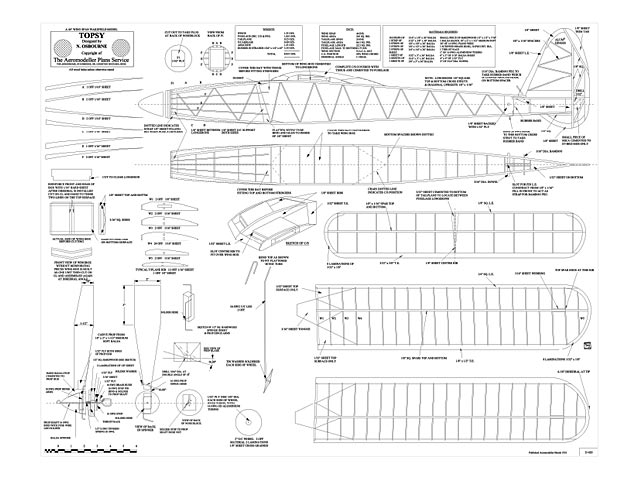 Quote: "A new ruler Wakefield from Northern Ireland by Norman Osbourn... Topsy is the sixth of a series, the original was designed in 1947 with the intention of flying it in the Irish Nationals of that year. Hoewever the prototype was lost 13 mins 13 secs OOS on a test flight two weeks before the event, and the second version was hastily built in the odd fourteen days... Simple in its construction, yet incorporating features akin to the most efficient Wakefields, Topsy should appeal to many beginners in the classic event of model flying. It completely conforms tro the 1951 Wakefield rulings, and thanks to the tip-up tail dethermaliser now incorporated, promises a first-class competition performance for 1951..." 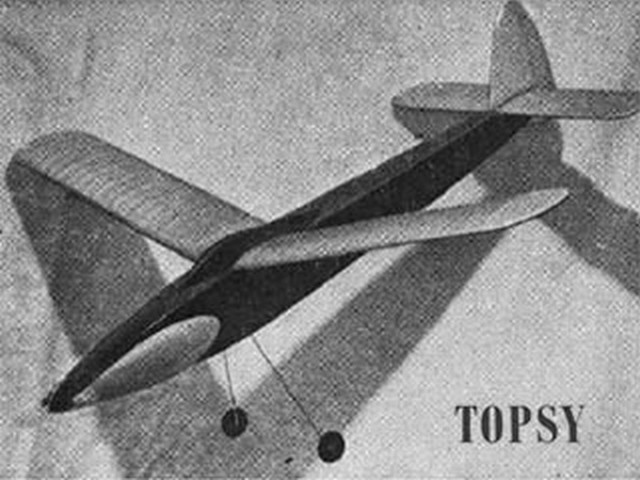