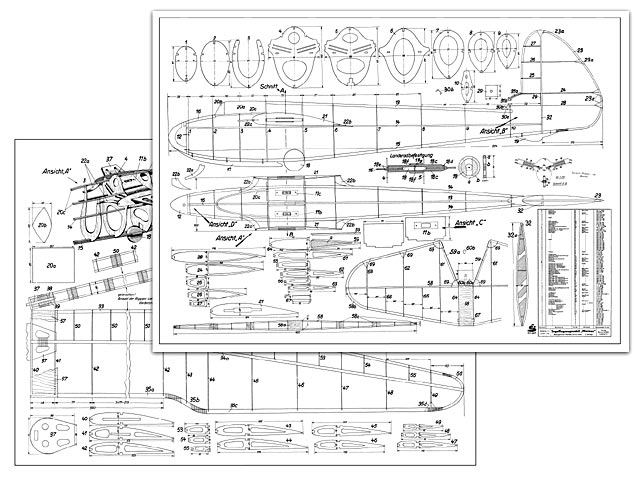 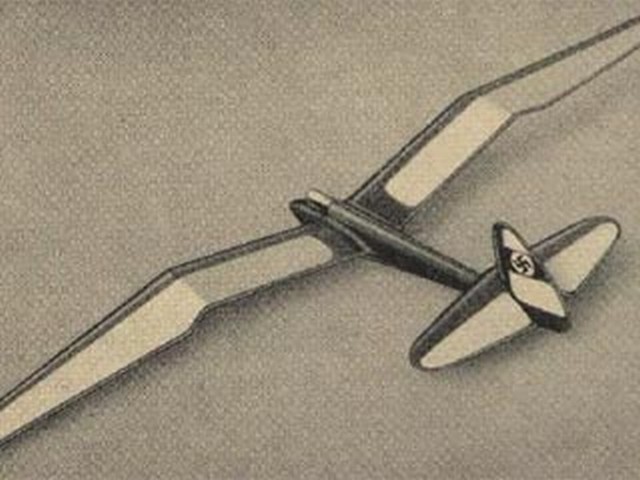 I'm intrigued by the fact that this plan uses a convex aerofoil, but the KielKraft plan oz1033 uses an undercambered aerofoil. The latter would have been used by the full-size aircraft, so it's strange that a German model doesn't use it.
GreggD - 18/12/2018
In reference to previous comment on airfoils: Actually, the airfoils on this plan oz1748 are very much truer to the original full scale than those on the oz1033 plan. The actual Minimoa reportedly used Gottingen 681 for the root and Gottingen 693 for the tip... neither of which has any "undercamber" at all - both have a straight line underside aft leading into an elevated leading edge region... quite similar to the very widely used NACA 2412 (except much thicker in the case of the Goe681... which is a 16% thick airfoil).
Al Stein - 05/08/2019
The enclosed image [more pics 006] contains Minimoa's airfoil specs and the plots of those airfoils in case you'd like to include them on the plans page for reference. The model's airfoils are a bit thinner than the (16% thickness!) root used in the original but they're really a fairly good approximation. Cheers!
Al Stein - 11/08/2019
Add a comment