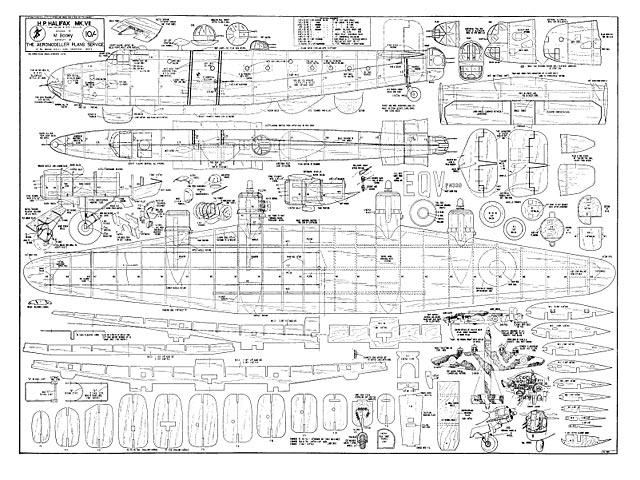 Based on the fine details offered in Profile No. II, (Profile Publications Ltd, price 2/-). This prototype carries the markings of 'Vicky' The Vicious Virgin of 408 Squadron (RCAF). Several useful alternatives are included in the same Profile. Engines are two A.M.15s and two Marown Snipes. The model has already won scale events and never fails to make a most realistic flying display.

THE construction of this model closely follows the methods used in Maurice Bodey's previous multi-engined models of this type, the Douglas Dakota (oz3744); Lockheed Neptune(oz1553); Avro Shackleton (oz1200); Vickers Viscount (oz3716) and, providing the following notes are followed carefully, no difficulty will be found in building the model.

The wings form the basis of construction for the model. Start by cutting out the wing spars from 1/8 hard balsa and 1/16 ply, and make up as shown on plan. Care must be taken to see that these components are accurately made. Cut out all wing ribs from + in. sheet. Make up formers F6, F6A, F7 and F7A and glue in position on to respective spars as shown on plan, then put to one side.

Fuselage keels can now be cut out. Use a 1/8 hard sheet balsa and laid over plan followed by former halves F1 - F5, F8 - F12 and F14. When completely set, remove from board and other halves. When this part of fuselage is ready, cement in place former/ spar assembly F6 - F7 and spars WS1 and WS2. Check for alignment and set aside for the time being.

The tailplane/elevator assembly can be built up at this stage, as these parts are straightforward construction. Little need be said except that good quality balsa is essential. When complete, check elevator for free movement. Make up fins from 3/16 balsa sheet and sand to section. Drill holes for retaining dowels. By this time the spar/former components will be firmly set to the fuselage, make up bellcrank assembly and glue in position on spars.

Make the tailwheel assembly as shown on plan, bind and glue to former F13/F13A, after which the complete assembly can be cemented on to keel..."

Update 05/02/12: b.passey mailed in to say: "The former shapes for the outboard nacels that are drawn on the two main spars are incorrect - the forward main spar carries the nacel shape that should be on the rear spar and vice-versa". 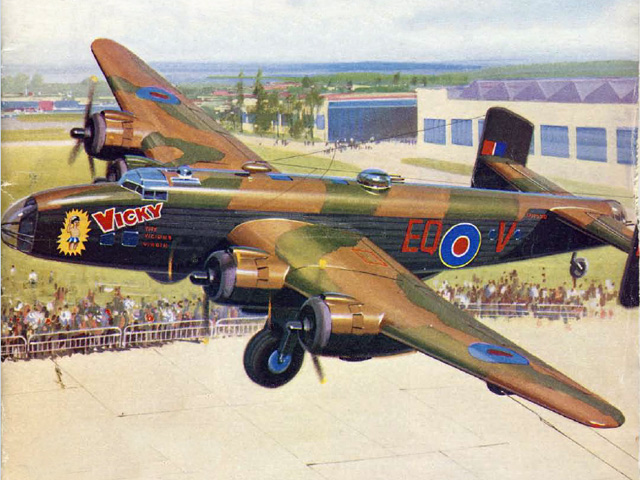