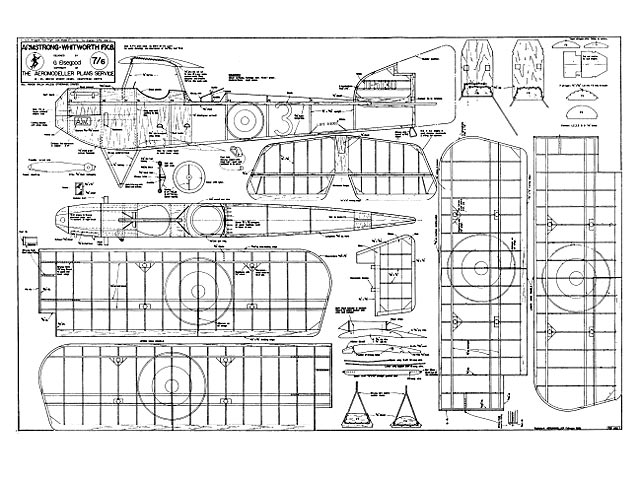 Quote: "A one twelfth scale model for the already popular R.E.8 and B.E.2e World War One recce types in the Aeromodeller Plans range .

IT WAS WITH surprise and delight that I opened the September 1966 Aeromodeller to find that the Aircraft Described was a model I was in the process of drawing out to a scale of 1 in to 1 ft - the FK8. It stated that the model should make a good subject for free flight and I can confirm that this is so. My model flies steadily and stably with a .75 diesel and has proved a worthwhile successor to my FK3 full size plan in Model Aircraft of December 1963. Incidentally, a number of people have seen the F.K.3 and the F.K.8 but no one has yet, correctly, identified them, but I am sure the September Aeromodeller will go a long way to rectifying this in the future.

Make up the two sides of the fuselage over the plan, making sure the grain of the 1/8 sheet is vertical. Remove from the plan and fit the formers starting with numbers six and eight. Fit the bearers and spacers, stringers and bind the 18 s.w.g. C/S struts to formers four and seven. Complete the C/S by cutting grooves in the 1/8 ply rib to take the struts and bind them firmly with thread. Coat generously with Araldite and place the 1/16 ply ribs in position on each side of the 1/8 rib. 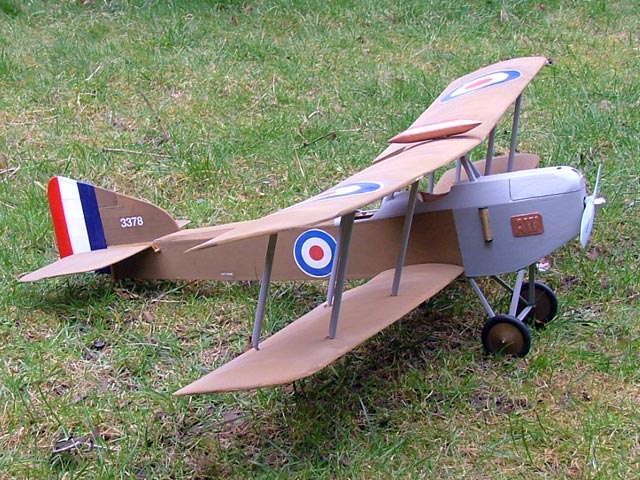