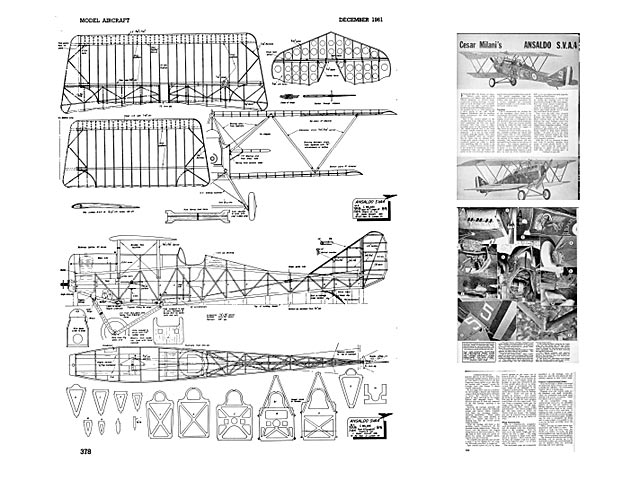 FOLLOWING the feature on Captain Milani's scale models which appeared in the March 1960 edition of Model Aircraft, we received many requests for working drawings. At that time no such drawings were available, but we are now able to present plans for the latest of the Milani Masterpieces - the Ansaldo S.V.A. 4. This model won a silver medal at the 1961 Model Engineer Exhibition and its excellent flying performance has been widely demonstrated.

This is the second model of the Ansaldo that Capt Milani has built as, since completing the first one, much prototype data has come to light, revealing errors in the original model. The Ansaldo featured here is the result of much careful research and is really authentic. It is not an easy model to build, although simpler than most of the designer's other eye catchers! But for those who are looking for a. certain scale contest winner, or a really worthwile model on which to lavish their modelling skill, the Ansaldo is the answer.

A unique feature of this model is the method of assembling the main components - they are all bolted together in the true prototype fashion and may he removed and replaced as required. 'We would emphasise that constructionally, it is a subject for the advanced builder only and quite unsuitable for a novice, although the accurately completed model is a real dream to fly and quite without vices.

Fuselage. This is undoubtedly the trickiest bit of the aeroplane, since there is no continuously flat surface from which to work! The section changes from rectangular at the nose, to triangular at the tail and both top and bottom longerons are curved. There are several possible methods by which the basic frame can be built, but the one we suggest is that shown on the drawings.

Formers A to G are drawn out on 1/8 in ply, carefully marking the datum and centre lines - this is very important. The engine you are to use will determine the spacing of the engine bearers and, obviously, this measurement will not necessarily be the same as that shown on the plan. The original employed an Anderson Spitfire spark ignition engine, of about 11 cc, the power output of which is approximately equal to a good glow .35 and one of the variable speed R/C .35 or .45 engines currently popular, would be an ideal choice.

Fuselage construction is commenced by laying the drawing over a flat hoard and covering it with waxed paper. The two lower spruce longerons are carefully steamed to shape, over the spout of a boiling kettle, working very slowly and being careful not to break the wood fibres in the process.

Now, over the plan view, securely fix the accurately made 1/2 in thick fuselage jig blocks (see side view). Draw vertical lines on the blocks to indicate the exact fuselage centre line and former widths, and pin the pre-shaped lower longerons in place. When satisfied that these are accurately positioned, glue formers A to D in place, being careful to keep them perfectly upright. A piece of 1/4 in sq balsa temporarily cemeted behind the lower edge of the formers will enable them to be pinned in position..." 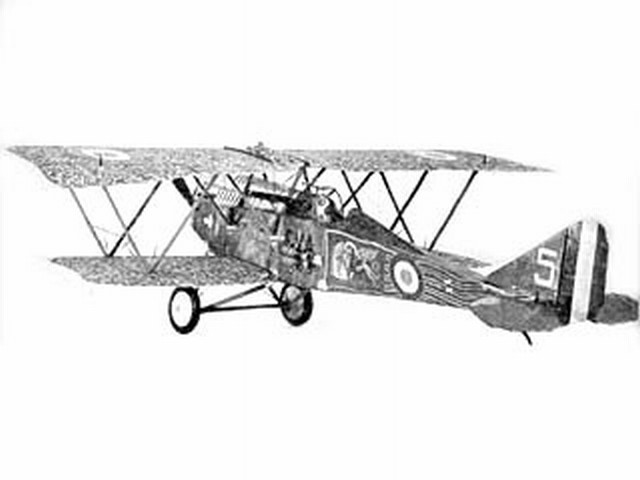