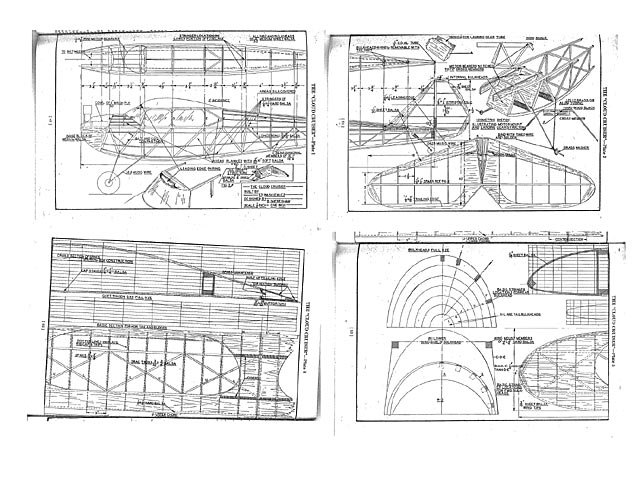 Note this is not a full size plan. This is a zipfile containing PDFs of all the pages of the original Flying Aces article, with drawings.

Quote: "AN EIGHT-FOOT GAS JOB! This new, sleek, shiny Shereshaw ship - Wow! What a tongue-twister - is one of those now you see it, now you don't affairs. For to keep 'er in sight when you've built her you'll want to have either a real plane or a fast car. And her designer named her correctly, since the 'Cloud Cruiser' has an inborn hate for Mother Earth and only comes down when she has to. You'll like this gas job, modelers - and she isn't too hard to build!

Perfect performance in flight and dependable rugged ness for tough landings is the attractive combination offered to Flying Aces gas fans in this Cloud Cruiser model. Originally constructed from the author's plans by Ed Waskiewiecz, of New Jersey, the eight-footer described herein has already made more than forty successful flights.

From the standpoint of stability, the stalling point is not reached until the ship is aimed at the most extreme upward angles. And even after reaching this point the model, of its own accord, usually 'mushes out' and continues on its former course - instead of diving sharply and losing precious altitude, as is usual in such cases.

Because of the Goettingen 549 airfoil employed on the Cloud Cruiser, the ship is well adapted for soaring flight, and as a Matter of fact its rate of climb with the motor cut is quite comparable even to the rate of climb obtained with the power plant percolating. This 549 airfoil, you will know, is one of the very few that combines high lifting value with a stable center of pressure movement. But enough of description. Let's get to work.

Fuselage: The fuselage longerons are of 5/16 sq medium balsa, with the diagonal bracing in the rear of the ship made of 3/16 by 5/16 stock. The longerons should be absolutely straight and must possess equal bending characteristics. Test them all carefully on this point.

Select a flat pine board about 60 in long for the construction of the fuselage jigs and start by scaling the fuselage from Plates 1 and 3 with an accurate machinist's or architect's scale. Lay out both the side and top details in full scale on the work board.

The fuselage side is assembled first. Throughout its construction the best grade of gas model cement must be used. The longerons are placed onto the workboard and held in place by small pine blocks secured on each side of them. Be precise in placing these blocks.

The fuselage sides can be assembled inverted on the work board over the full size layout of the top elevation. The upper longerons, being straight, permit this type of assembly. Chamfer the stern end of each side to the proper angles and bind them together..."

Note this design was later copied and kitted by Keil Kraft as the Falcon (oz908).

Note photos of completed Cloud Cruiser model (by RFJ) were found online at https://www.rcgroups.com/forums/showthread.php?1471530-Shereshaw-Designs these show a reduced scale version of the design. 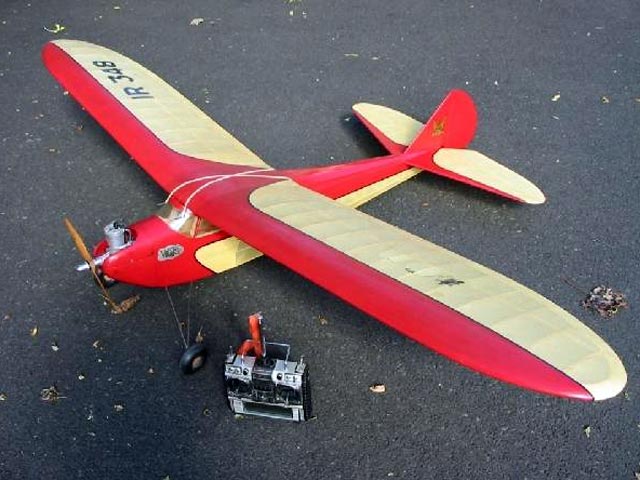