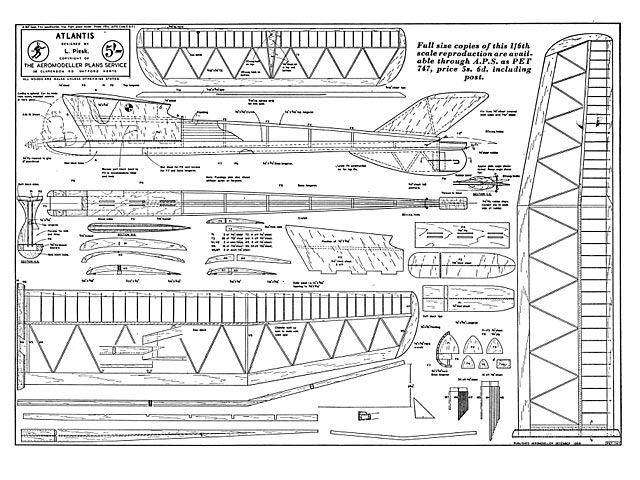 Quote: "Atlantis for 1.5 cc by Lothar Piesk. Hottest 1.5 cc FAI specification design in Europe! Well known for his series of contest winning 1.5 cc power designs, Lothar Piesk of Germany was voted by us as one of those most likely to win the 1958 World Champs. Such was not to be, for his best model was knocked from his hands by a competing design, and smashed beyond repair. However, nine first places in ten contests, with a still air average of 220 to 240 seconds from a fifteen secs engine run, is the kind of performance that all power modellers will respect.

So here's the design, the rest is up to you! Lothar started this layout in '56, changing shapes as the design progressed, and like many others, he had just reached the 'ultimate' when that formula change came along to increase the weight. Atlantis, the latest in the Piesk line, is now considered the second 'ultimate', and no further design alterations are envisaged. Small in its overall size, still smaller when broken down for transport, and yet capable of knocking all the giants out of competition, it has an incredibly fast rate of climb and a glide that rivals a towline model..."

Another (clearer) version of this plan, courtesy of theshadow. Quote: "Here is another plan of Lothar Piesk's Atlantis from a full size plan scan from the 'treasure chest'. The model was featured in Model Airplane News issue 05-60. I hope it's a supplement to the Aeromodeller as it is clearer overall." 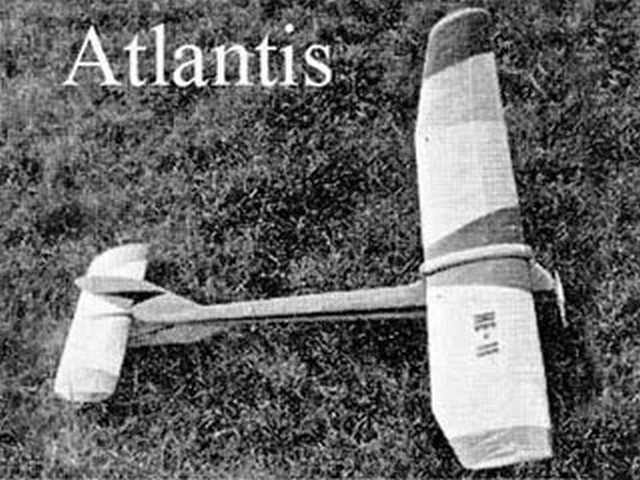