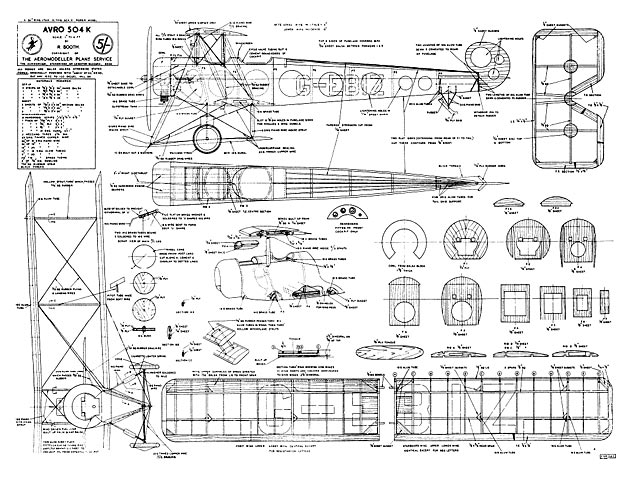 Quote: "SURELY no other type of aircraft was so much responsible for the development of "airmindedness " in this country as the AVRO 504 K.

Originally produced in 1915 to train pilots for the RFC the 504 appeared in several versions, the K type being the most well-known. From 1932 to 1938 dozens of these 'Old Avros' - as they were affectionately known - toured the country giving joyrides at 5/- a flight. Probably more people had their first experience of flying in the 504 K than in any other type of aeroplane up to the end of 1938, at which time these grand old machines were no less than 23 years of age.

Our cover painting depicts a typical example formating with other machines of Alan Chobham's famous circus.

It is said that the stability characteristics were of such high order that in the event of difficulties in flight it was only necessary for the pilot to remove his hands and feet from the controls, and the machine would automatically return to straight and level flight. What better machine then could one choose as the subject for a flying scale model?

The performance of the model has far exceeded my most conservative estimates, and although it has only been entered in three competitions, this model has so far collected the Aeromodeller Champion of the Exhibition Trophy (Northern Models Exhibition, Manchester); 1st Prize in the Flying Scale Section at the same exhibition; 2nd Prize in the Model Aircraft Section at the Manchester and Districts Society of Model and Experimental Engineer's Exhibition.

Although the prototype has always been flown with an Amco .78 cc Mk 1, any motor of similar power and weight should be satisfactory. Throughout the design my aim has been strength and durability, and consequently at first glance it may seem rather heavy. Let me hasten to assure readers, however, that the flying and gliding speeds are only about half of that of normal power duration models of similar span, due to its relatively large large wing area. The wings are arranged to knock off in the event of a crash, all bracing wires being 1/32 square rubber... " 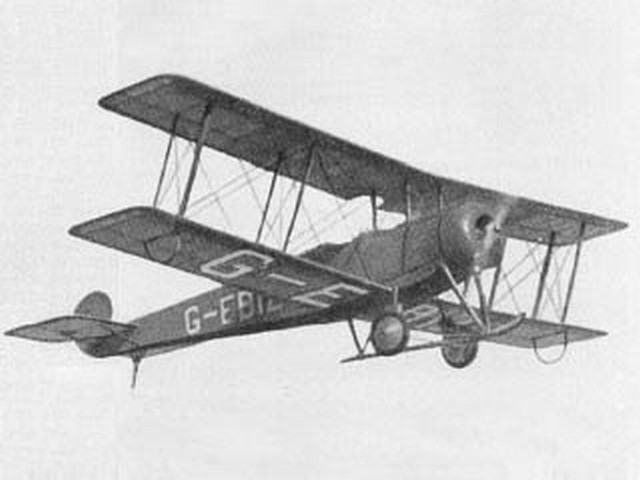