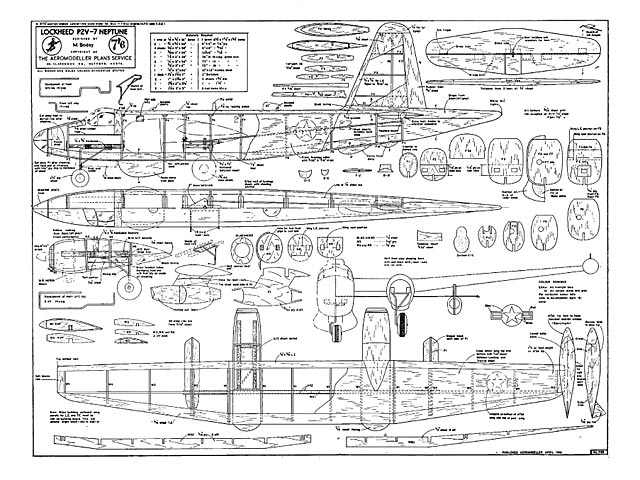 Quote: "With such a record of service, and its popularity as a scale subject, we could not resist the inclusion of the Neptune in its latest form, the P2V-7, in our plans range. This has bulged hood 'Stinger Tail' which holds the anti-submarine magnetic airbourne detection (MAD) gear and belly radome for forward detection. Also two Westinghouse J34 turbojet engines in wing mounting pods... Maurice Bodey, already well known APS designer for his Gannet (oz914), Viscount (oz3716), Shackleton (oz1200), and DC3 Dakota (oz3744), was specially commisioned to design this model Neptune, and has produced a fine example for two 1cc engines..." 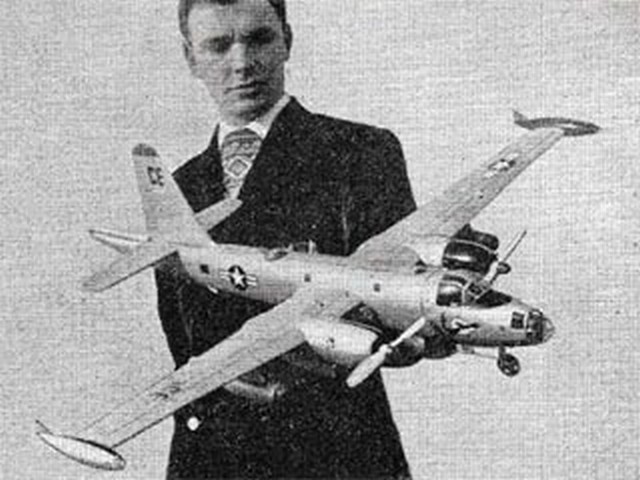 The rib numbers on the vector drawing need to be corrected as they do not follow the original plan the vector version say a number 3 in the center up to a number one at the engine cowls then back down to the tip rib. Thanks,
ScottA - 24/07/2020
Add a comment