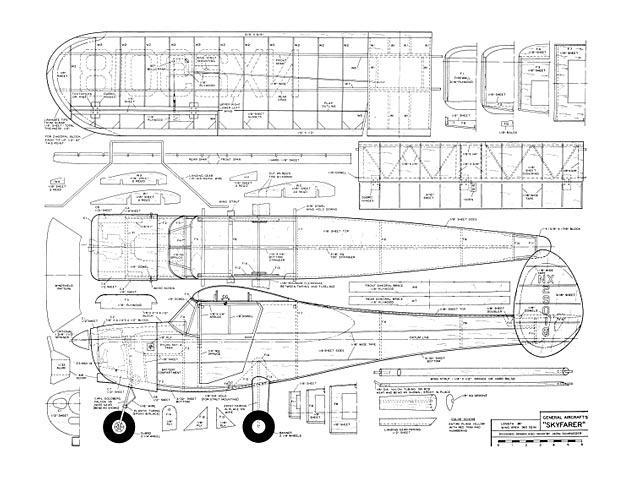 Most aviation buffs, whether their interest lies in full scale aircraft or in modeling, tend to favor one period of aviation history more than others. It takes only one brief reminder to fill them with nostalgia and transport their hearts and minds back to the days of yesteryear and their fond reminiscenses of aviation at its best. More than likely, as with myself, this period dates back to their childhood days, when the fire was kindled and still glows, never to be extinguished.

For the older buff it may be World War I or the Barnstorming era; for the teenager it will probably be the jet age. But for this writer, the World War II era, 1939-1945, has always been the most outstanding.

In spite of the emphasis on military aircraft during that period, several commercial light planes were developed. It is one of these aircraft that we have chosen for presentation here. Little known and long forgotten by most (for to this writer's knowledge no reference has been made to it in any of the model magazines for over twenty years), it was one of the most interesting light aircraft to be designed during its time. So, to use an age-old cliche, without further ado, we now present - 'The Skyfarer.'

Designed by Otto C. Koppen, professor of Aeronautical Engineering at MIT, and developed by the General Aircraft Corporation of South Lowell, Massachusetts, the Skyfarer made its appearance in the early 1940's. Acknowledging the fact that most flying accidents are caused by pilot error, it was designed with supersafety in mind. With its extreme inherent stability, the Skyfarer rendered impossible many of the common errors in pilot judgement. It could not slip, spin, skid, nor lose control when stalled and was described by the CAA as 'characteristically incapable of spinning.'

The Skyfarer was a high wing, two place, side by side cabin monoplane featuring tricycle landing gear and twin vertical fins. The unusual feature was the fact that there were no foot controls except for hydraulic brakes which were operated by a single foot pedal..." 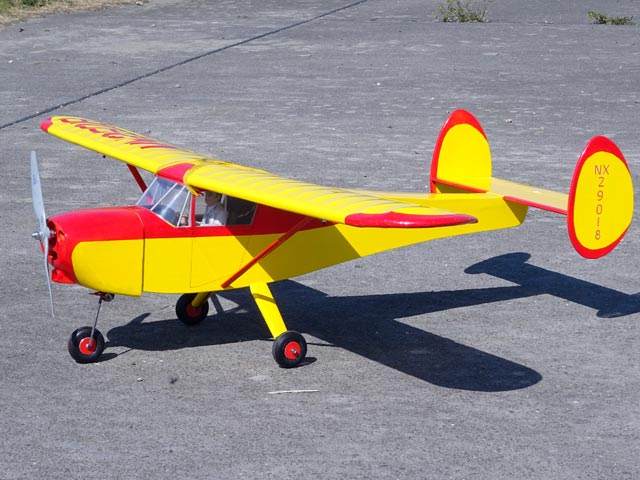