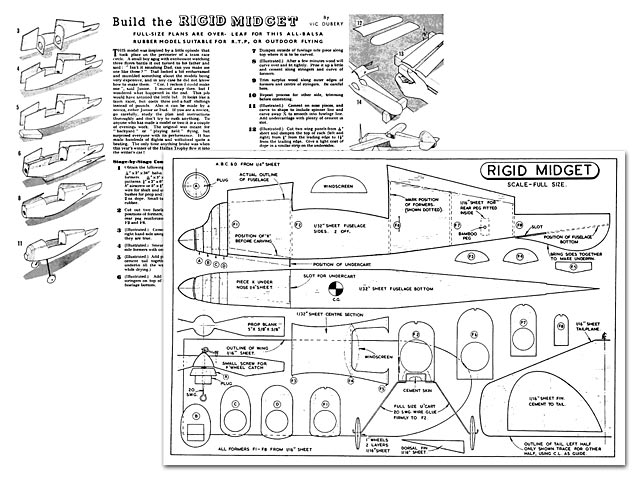 Quote: "THIS model was inspired by a little episode that I took place on the perimeter of a team race circle. A small boy agog with excitement watching three flyers battle it out turned to his father and said: "Isn't it smashing Dad, can you make me one like those?" Dad looked a bit embarrassed and mumbled something about the models being very expensive, and in any case he did not know how to make them. "Cor, I reckon I could make one", said Junior. I moved away then, but I wondered what happened in the end.
This job would have satisfied the little lad. It looks like a team racer, but costs three-and-a-half shillings instead of pounds. Also it can be made by a novice, either Junior or Dad. If you are a novice, go carefully, study the plan and instructions thoroughly and don't try to rush anything. To anyone who has made a model or two it is a couple of evenings work.
The original was meant for backyard or playing field flying, but surprised everyone with its performance. It has made hundreds of flights and withstood quite a beating. The only time anything broke was when this year's winner of the Halifax Trophy flew it into the writer's car!"

Quote from hogal: "The Ridgid Midget was presented as a centre page free plan and designed by Vic Dubery... my plan has taken certain liberties in that I have laid it out as I think a plan would be laid out, not as it was published. The design certainly looks good and proved really robust. One for the Grandkids maybe." 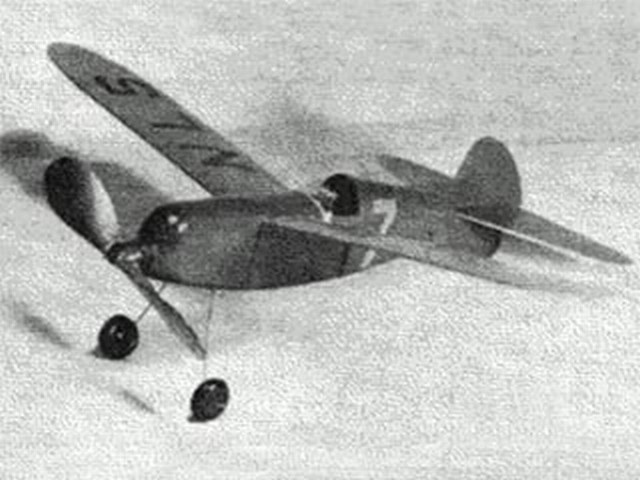