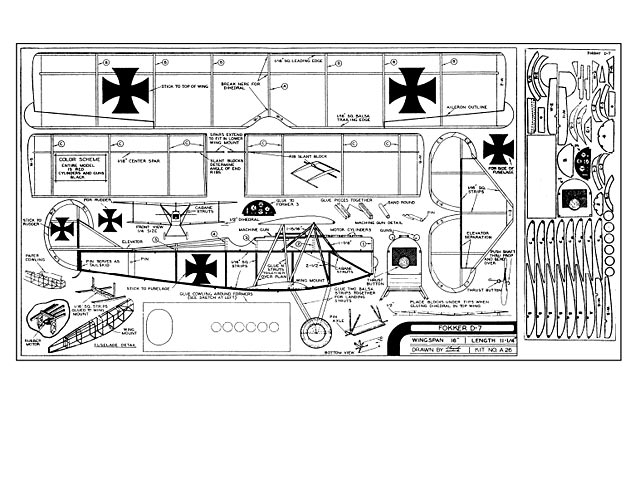 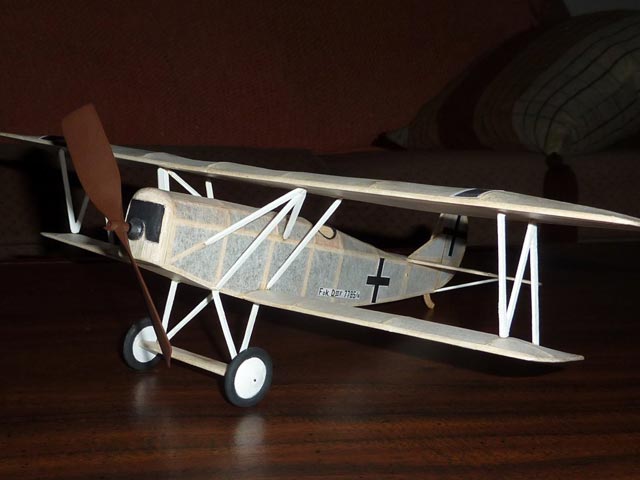 It has been said that Ernst Udet would approach his aerial opponent from beneath, literally hanging his Fokker on its propeller while firing vertically into the underside of the enemy aircraft. Such was the performance of the incomparable Fokker DVII. The mark of a great fighter aircraft was not that an expert (Udet) could succeed with it, but that it could turn even an average flyer into a good combat pilot.
This is a revisiting [main pic, 003-006] of the first flying model that I attempted to create, many decades ago (much more than half a century). Suffice it to say that I knew nothing at all about stick and tissue modeling. In fact, I had no idea what a Fokker DVII was even supposed to look like, except for the box art. The end result was an unmitigated disaster, except for the fact that my interest was piqued. In that jumble of sticks I could actually see what looked like the picture on the box! I attempted to cover it in some sort of green paper which proceeded to bleed all over the place…and that was the end of the beginning…to paraphrase Winston Churchill.
Comet Models 1936 Fokker DVII (oz144) will always be my introduction to this wonderful hobby.
Much thanks and appreciation to Steve and Mary at OuterZone. If only I'd have had such a resource as you've provided when I was a young boy! Thank you again!
Neal Green - 22/09/2020
Add a comment