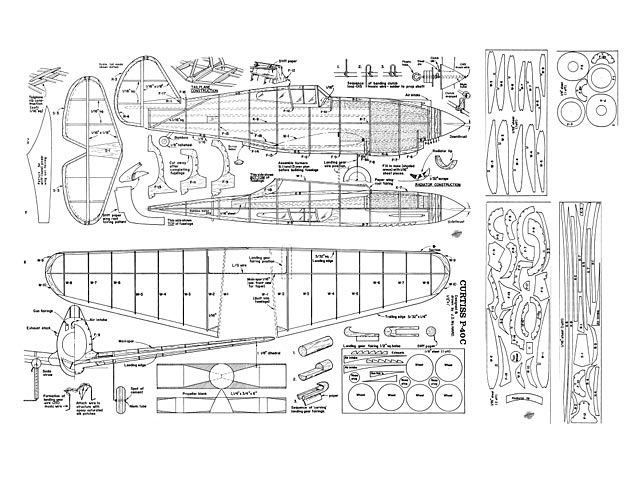 Quote: "From an unpromising start as a 1937 modification to the 1934 radial engined P-36, the Curtiss P-40 went on to become the spearhead of many a fighter arm in World War II, from North Africa with the RAF (as the Tomahawk), to the Far East and China.

Faster than the Hurricane but slower than the Spitfire and Messerschmitt Bf 109E, the P-40 was based upon a proven airframe, and could be produced relatively quickly. In consequence, the decision was made in April 1939 to place a substantial order for 524 machines. The importance of this move can
best be gauged by the orders placed at the same time for two more advanced aircraft , the Lockheed YP-38 and the Bell YP-39 - thirteen of each!

Delivery of the first production armament consisted of two .50 machine guns over the engine and a 30 machine gun in each wing.

The P-40 was a big aeroplane - particularly when compared with say the Messerschmitt Me-109, which possessed similar power and armament. Its beard radiator just screamed out for someone to adorn it with a shark's mouth!

Numerous artists availed themselves of the opportunity, but the most famous sharkmouthed P-40's must surely have been those serving with the American Volunteer Group in China, around which so much aviation literature has been written. Our model is based upon a machine serving with the AVG in China, but there are, of course, numerous other schemes from which to choose if the intricacy of that sharkmouth daunts you a little.

The P-40 is a big model - or at least the fuselage is! The exceptionally long nose assists balance problems, but don't be deceived into thinking that weight-watching around the tail is any less important. You still need a little weight in the nose, so the more you save at the back, the less dead weight you'll need at the front.

The photographs show the model as originally built and, clearly, the landing gear legs are a bit too long. Strangely enough this did not become apparent until the photos were printed. The legs were afterwards shortened by about 3/16 inch and the appearance has been greatly improved."

Update 10/07/2015: Replaced this plan with a corrected version, thanks to StuartBurling.

Quote: "Hi Steve, This is a correction to the [P-40C plan]. The previous submission had a scan gap in the middle resulting in a stretched fuselage that was 3/8ths of an inch too long. It is now removed and the longeron lengths have been checked against the revised fuselage profile to make sure they fit OK - which they do. Some other details were also tidied up. Regards,"

Update 21/07/2020: Replaced this plan with a corrected version (again). This now includes the previously missing strip on the right hand side of the fuselage plan view, thanks to Pilgrim. 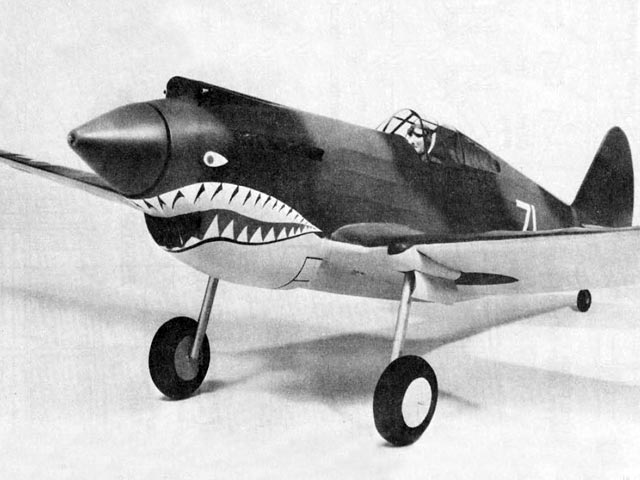