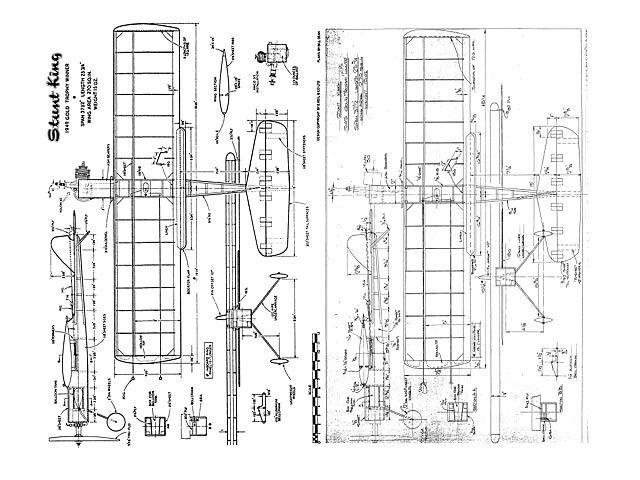 KK Stunt King. 37.5" span control line stunter. Also includes an early drawing of the plan. Plan supplied by Modelmad. The Stunt King was designed by Brian Hewitt, and was the predecessor of his 1950 Stunt Queen design. The plans were drawn by Bill Dean when the design was kitted by Keil Kraft.

THIS purely functional design has been developed especially for the Yulon 30, one of the hottest motors for stunt flying yet produced. The original model, which won the Gold Trophy at the '49 Nationals, was built in November 1948 and at the time of writing is still in good flying order. The construction has been kept ultra simple for easy maintenance and to enable minor repairs to be made easily and quickly on the field.

For transport convenience, the wing is detachable, and this feature has also proved a great help in limiting damage in crashes. The wing could be fixed, but the above advantages make the detachable type really worth while. On the original model the UP elevator movement is 80 degrees and the down movement 45 degrees. Full elevator movement is seldom called for, but maximum UP (combined with DOWN flap) can be very helpful when the model is approaching tha ground vertically and there's only a few feet to go. The flap is definitely worth the extra installation trouble and is not used on this design just to be different. Actually the effect of the flap is small in normal fast manoeuvres, but at slow flying speed, the increase in control is very noticeable.

A more streamlined version of this design has recently been built, but apart from a slight increase in the speed, no improvement in performance has been noted. The Yulon is again back in the original..." 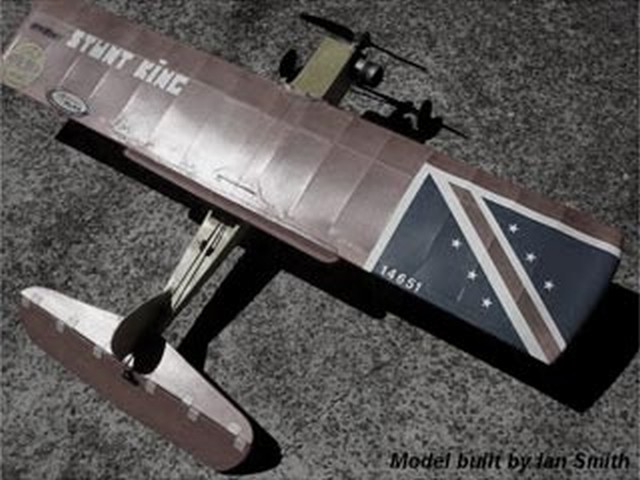