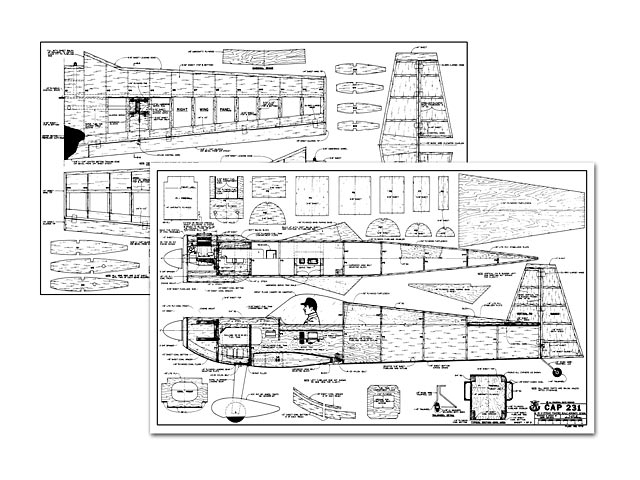 The French Mudry CAP 231 is the hottest new plane on the competition acrobatic circuit. The 231 is a modified CAP 230. It has a section added to the inboard part of the wing at the leading edge and fuselage joint. Unlike the Sukhoi and the Extra 300 that are made of composite materials like carbon fiber, the CAP is basically an old fashioned plywood airplane. It uses a standard 300 hp Lycoming engine. Pilots like the plane because it is easy to maintain and has excellent flight characteristics.

At the 15th World Aerobatic Championships in Yverdon-Les-Bairns, Switzerland, the French pilot Claude Bessiere won first place in his CAP 231 and teammate Patrick Paris took second. This plane is definitely a match for the Sukhoi!

The model cane about because of its good looks and simple design since I had already designed a model of the Extra 300 (oz13986) and a Russian Sukhoi, with the CAP 231 I will have models of the three best acrobatic planes in the world. I originally saw the CAP fly on a TV program about the world of Acrobatic Pilots. After watching the 231 on TV I knew it would make a great model.

The 231 is very similar to the well known CAP 21. The CAP 21 has been around for years and has long been a favorite subject of model builders. The 231 has a few changes over the CAP 21. The wing LE is swept forward near the root, it has a very large wing fillet, and the rudder area is larger. The flight performance is also improved and the color schemes for the 231 are much nicer.

After getting some information and a 3-view from Bob Banka at Scale Model Research, I got started oa my new design.

This plane is an excellent flier but intended for the more experienced pilot. The 231 has a very short nose and a long tail. This can cause some problems with a tail heavy situation, so when building the tail use the lightest wood possible..." 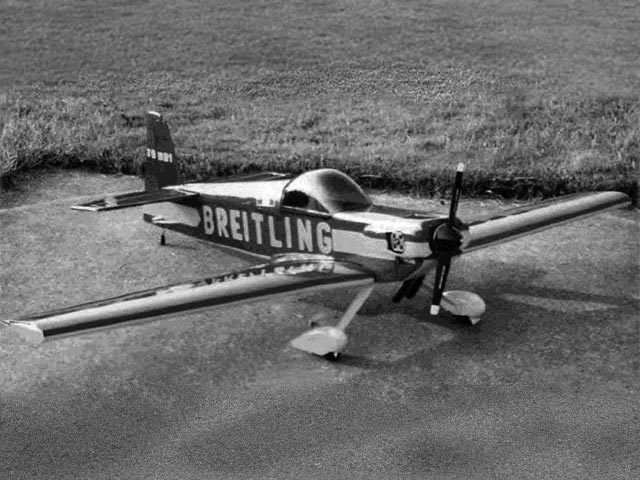