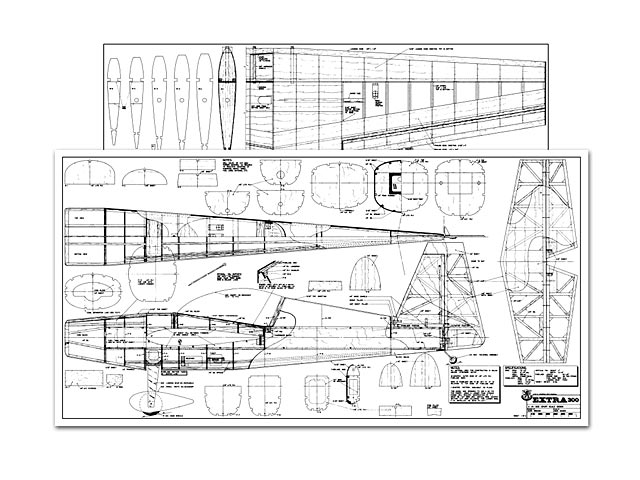 The Extra 300 made its competition debut at the 1988 World Acrobatic Championships in Canada. The Extra 300 was designed by three time German Champion Walter Extra. His manufacturing facility in Dinslaken, West Germany, employs about 18 people turning out approximately 12 airplanes a year.

Besides manufacturing a top-notch monoplane with horsepower capable of going up against the Russian Sukhoi, he wanted to broaden his plane's marketability. He wanted the 300 to be able to carry two people, take passengers for rides, and have extra luggage room.

The fuselage is standard steel tube construction with aluminum and fabric covering. The landing gear is also constructed from fiber compound material and the tail feathers are part carbon fiber and part fiberglass. The elevator is completely carbon fiber, but the stab is glass with carbon fiber spars.

The engine is a stock 300 hp six-cylinder IO-540 Lycoming. There are no modifications to it since Extra has applied for type certification. It swings a three blade MT propeller. The Extra 300 has a wingspan of 26 ft 8 and a length of 23 ft 4 in.

The 300 has an internally mounted wing tank and a smoke system, all of which have increased its fuel capacity to 60 gallons. The plane now has a cross country range of three hours. The 300s in the US are wearing the inverse color scheme of the Extra 230. The 300 is dark blue with red and white accents.

The plane is targeted for the world level competition or the air show pilot. The basic Extra 300 sells for about $225,000.00. This was also the same price for the Extra 230, but it is now out of production because the 300 exceeds it in performance and offers the advantage of two seats. It has also become increasingly difficult to get the proper quality wood that is needed to build the 230's wing.

Clint McHenry from Pompano Air Center in Florida won the 1989 US National Acrobatic Championships flying the new Extra 300. Mr McHenry is a three-time National Champion and an eight-time US National Team member.

I had the opportunity to talk to Mr McHenry at Oshkosh in 1989. He put on an excellent air show routine with the 300. Now I can see why everyone is so excited about this new design. I think the 300 should be able to give the Russian Sukhoi a run for its money in competition. I fell in love with the sleek good looks of the plane; that's why l decided to go ahead and build a model of it.

I built the model with my Super Tigre .90 engine in mind. I wanted a flying weight of about 10 lb and a wing area of 850 sq in. With this combination I thought I would have good vertical performance. I also wanted a simple, strong, and easy to build design.

If you decide to build the 3oo, study the construction pictures carefully and then get started building the wing first. 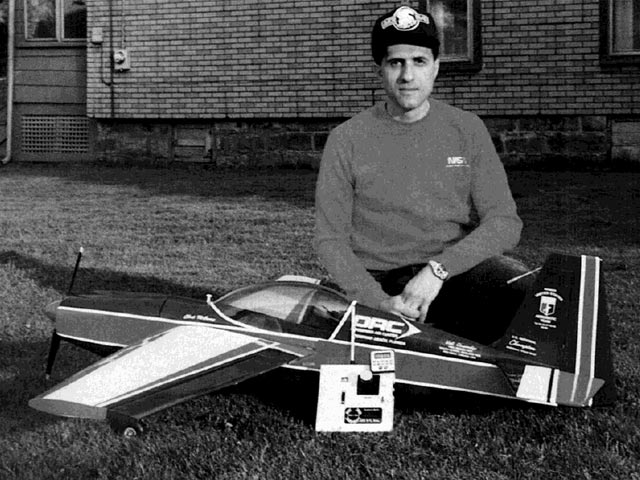