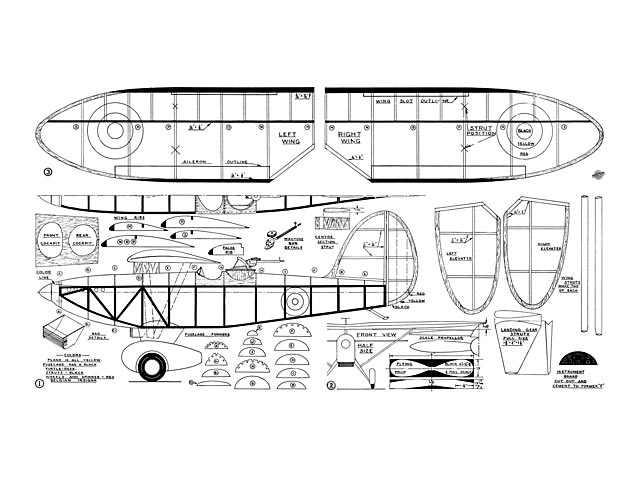 Quote: "How you can create a most realistic flying scale model of one of Belgium's formost observation planes. It is an excellent flier. Renard R-31, by Robert Harrison.

BELGIUM may be a small country but its planes rank among the world's best as far as performance is concerned. The Renard factory is a relatively new concern in the manufacture of high performance military aircraft, but even so the Renard R-31 and R-32 can hold their own with any similar military craft. The R-31 and the R-32 both have the same basic design but the R-31 has a Rolls Royce Kestral engine while the R-32 has a Gnome-Rhone Mistral Major power plant. We shall describe the construction of the R-31 since its long sleek nose cowling. lends itself very well to model building.

The real Renard R-31 is intended for high speed, long distance reconnaissance duties. It carries wireless and photo-graphic apparatus in addition to three machine-guns. The construction is en-tirely in metal with the exception of the covering. A maximum speed of 200 mph is claimed, while the climb to 19,700 ft. takes 14 min 34 sec. Main dimensions are; span 47 ft 3 in, length 30 ft 2 in, wing area 345 sq ft. Now let's get down to the actual building of this interesting foreign machine.

Wings: Both wing panels are laid out full size. Cover the plans with a sheet of wax paper and pin a piece of 3/16 x 3/16 strip balsa in place for a leading edge. Pin a strip of 1/8 x 1/16 balsa in place for the trailing edge. Trace the outline of the wing tip pieces on a sheet of balsa 1/16 thick and cut to shape with the edge of a broken razor blade. Cement these pieces in po-sition as shown on the plans.

While these are drying, you can be cutting the ribs from a sheet of 1/16 sheet balsa wood. There are four different size ribs shown on plate 2 besides the false rib. Cement these ribs in position and after these have dried a while, cement the top spar 1/8 x1/16 in the slots provided in the ribs. Lay the wings aside and go to the tail units. Incidentally you can join the two sections and give each wing tip 7/16 in dihedral and allow this to dry while you're working on the tail surfaces..." 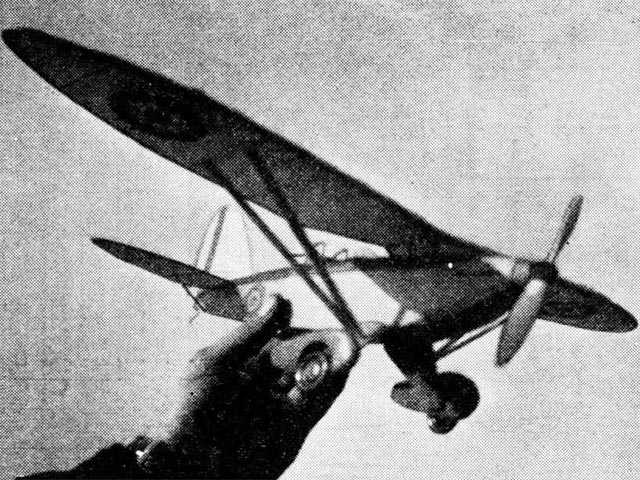 Apologies for the confusion. This Renard plan has now replaced the previous plan in this slot, which it turns out was a duplicate of the Ercoupe plan at (oz13844). Many thanks to Pit for spotting this.
SteveWMD - 29/07/2022
Add a comment