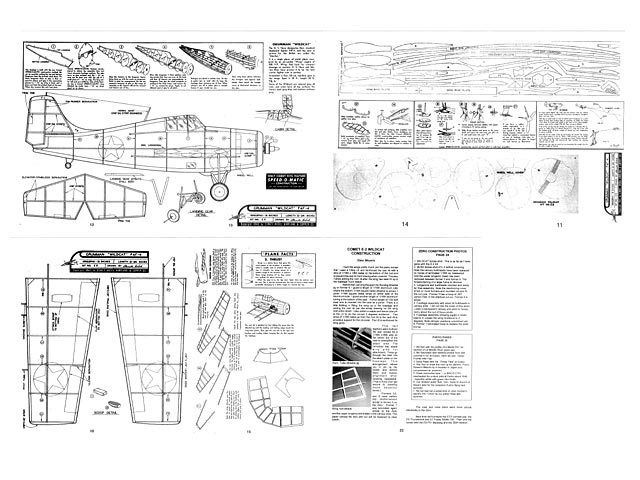 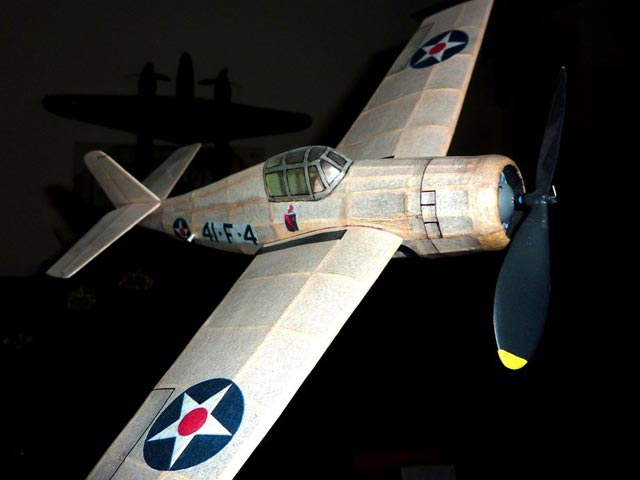 "Stand and fight!” Those were the orders with which the mid-1930’s designed Grumman F4F Wildcat (oz139) went into combat during the early years of World War II…and admirably, gallantly she did just that at Coral Sea, Midway and Guadalcanal. In fact even as superior aircraft replaced her on the front line, she carried on to the War’s end as the perfect fighter aircraft to compliment the myriad of escort carriers in every naval theater of operations, serving the United States, United Kingdom, Canada, France, Belgium, and Greece. She was finally retired from active service following the War’s end in 1945.
My model is based upon the Comet Models 1943 design, Kit E2 in their catalog, 18”ws…in this case reduced to peanut scale, 13” wingspan [main pic, 003-006]. What’s an inch or so…otherwise construction follows that of the original design. Photos show a K&B .61RC engine as a size reference…a reminder of why I love the economy of small models. As a rubber-powered model, the Wildcat has plenty of wing area to make her a good flyer.
Thanks for the plan, Steve and Mary…thank you to Outerzone!
Neal Green - 31/12/2020
Add a comment