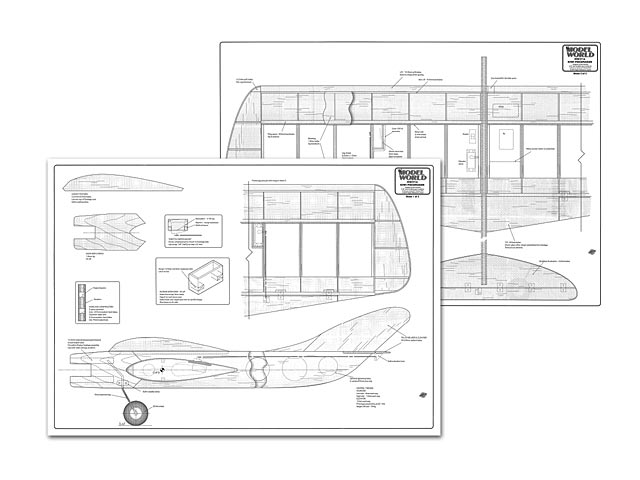 Quote: "The iconic George Aldrich designed Peacemaker (oz1633) has been one of my favourite models of all time. I built my first one soon after the plans were published in Aeromodeller magazine back in 1958 when I was a teenager. It was a controlline model of course, built very much in accordance with the published plan and powered with my (then) huge and intimidating 'ED Racer'. I never flew it as the competitive combat model it was designed to be, rather as a very agile and fun sport model. I don't recall the fate of that model, but did build at least one more back around then, long before becoming involved with r/c models.

Sometime back in 2005 several of us imported four of the then very popular Lanier Shrike (oz10519) kits from USA. These were great fun and someone soon badgered me to part with mine. I regretted that soon after and decided to replace it with something with a similar agile and fun performance. That was when I settled on this model. It was drawn up pretty much influenced by the original, although enlarged a little all round before the wing was further a little disproportionately increased. The name was then mis-spelled to differentiate it from the original to maybe not ruffle any feathers.

I had dialed in plenty of expo, around 35% from memory, and was very pleased with the way it performed. Originally powered with a standard SC 15 and later ASP 15 it was quite fast but very agile and smooth. It looped and rolled with ease from straight and level and long, low beat-ups along the full length of the strip were soon the fun order of the day. I later flew this model with both an OS 10 FSR and also an SC 12, but consider the .15 engine best suited for it.

I built this model back in New Zealand in 2007 and brought it over here to Australia when we moved here in late 2008. It was flown quite often here but I eventually parted with it at a club swap-meet. I must have regretted that move too as I have since built another each of both CL and R/C versions based loosely on this plan for an online RCG exercise in early 2020. Both those models flew well also. The CL version has since met an untimely demise - I wasn't flying it at the time - but the R/C version is still among my inventory here and in airworthy condition. I'll try and find a pic or two. Alan W" 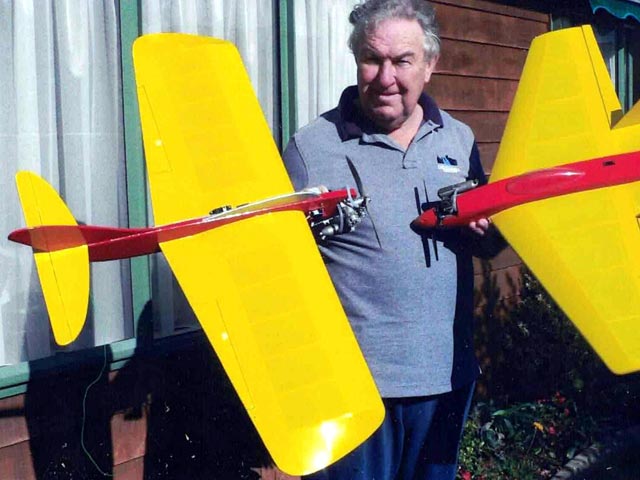 I learnt outside loops, figure eights and inverted flight with an OS 20 Max in a Peacemaker some 50 years ago.
Now I wouldn’t dare to fly an RC one with that ultra short tail moment...
K K Iyer - 06/06/2022
Add a comment