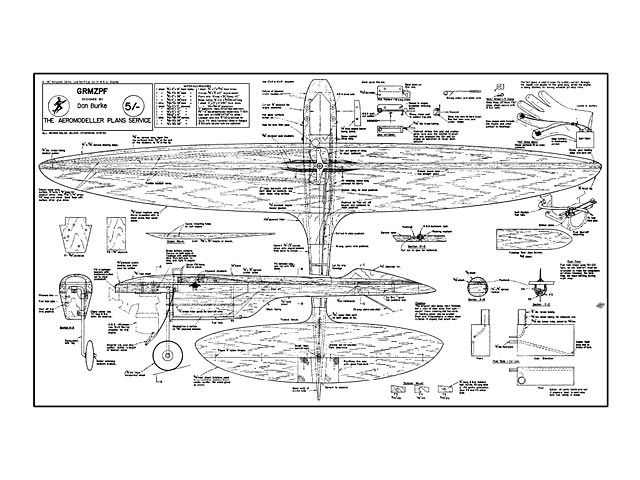 Quote: "A 36 inch wingspan control line Rat Racer for 5 - 6.6 cc engines. Designed and developed in the USA by Don Burke.

A LONG scientific dissertation could be written on the methods used to arrive at the design of GRMZPF (pronounced Grim-Zipf). However suffice it to say that it was evolved over a period of 8 years through the method of 95% trial and error and 5% brain power. Through most of the process it's worked on the premise that if it looks good, it'll fly! This, coupled with some disastrous experiences with 80 sq in bricks and some success with FAI Team Racers, has allowed me to evolve a config-uration that even the most inexperienced pilot can handle and look like a veteran.

I have built nine of this basic design airplane, changing only the wing and horizontal tailplane area to date. All, with one exception, were excellent flying models and have drawn praise from everyone who has flown them as well as piling up an exceptional record. The best performance to date was a 5:21 in a 140 lap race turned in by Dan Jones and Bernie Tautz at a contest near. Bakersfield, California, this past summer. Someone once said: it's what's up front that counts, and as far as the K&B .40 is concerned it has more power, right out of the box, than anyone has ever seen in this type of engine before.

Start construction with the hardwood parts, cut to length, mark the centre and taper the 3/8 sq main wing spar and 3/8 x 1/4 in leading edge to 1/8 thickness at the tips from a point 2 in each side of centre on what will be the top surface of the wing. Cut two pieces of 3/16 plywood..." 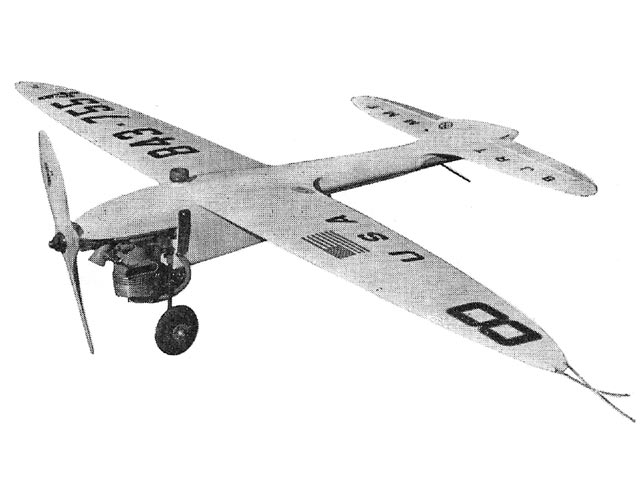