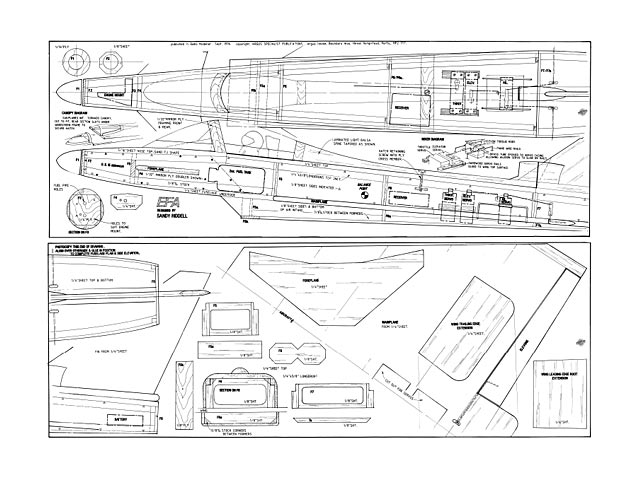 The European Fighter Aircraft or EFA is not to be confused with Eurofighter which is actually the name of the manufacturing consortium that has been set up to build it.

The EFA design can be traced back to the beginning of the eighties when Europe's air forces saw the need to replace their older generation of attack aircraft. The new generation of (then) Soviet fighters was seen to be the major threat that had to be countered. Thus whatever was chosen to re-equip Europe's air forces had to be capable of bettering the Mikoyan and Guryevich (MiG) 29 designated by NATO as the 'Fulcrum' and the extremely agile Sukhoi 27 designated 'Flanker'. This goal required the best that modern Western technology could deliver in engine design, lightweight composite construction, fly-by-wire and complex avionics.

The result of over a decade of design, testing, construction and not a little political wrangling is the EFA. It doesn't even have a real name yet, the ideal one (Eurofighter) was wasted on the company that's building it! The first two prototypes were rolled out in early 1993 and the RAF will be using their EFAs to re-equip the current Jaguar and the older Tornado squadrons.

Why I built it: One of the members of my local club (Linlithgow Radio Flying Club) recently bought a German kit of a MiG 29. It was a relatively small chuckle with a .19 motor up front. I was so impressed with it that I wanted to build something similar. As a suitable subject, the EFA almost chose itself as it's been in the news so much and, anyway, what better adversary could there be for the MiG than the plane that was designed to beat it?

I initially set myself two limitations, these were: Firstly the model must be quick to build. The second limitation I set myself was that it should be inexpensive to build. This was due in part my natural Scottish temperament but also to limit the (financial) damage if it was a total flop! This being only my fourth design, the latter possibility seemed not altogether unlikely.

Working from a three view drawing published in the 1988 Farnborough freebie, I scaled up the dimensions to give a model size with a wing loading of about 1 lb per square foot. The canards are out of scale, they just looked too small and I reduced the size of the air intakes by about fifty percent. Other than that the model is pretty accurate.

If, like me, you always read the bit at the end about how it flies first and then go back to the rest of the article, you will already know that my fears about the design were totally unfounded. I succeeded in designing and building the model in just three weeks, which for me is nothing sort of miraculous. As the model is relatively small (just wait and see how quickly it can get out of sight), the cost/amount of balsa needed is also quite low. I succeeded in completing the project on time and on budget, that's one up the real EFA!

How to do it: An OS 15 provides adequate power on my model and the flying surfaces are all 1/4 in sheet light balsa. I tried to build as light as possible through careful wood selection and covering. I used cyano for everything except fixing the canopy for which I used five minute epoxy.

I started construction with the wings, 1/4 in lightweight sheet balsa butt-jointed together. The wing, leading edge root extension, trailing edge, anti-twist tips and elevon torque rods are all laid up in one flat section. The fuselage is built, and added to the wing in two sections.

The lower fuselage section and the air intakes are made from I/8in balsa with a ply section tin wide at the front - bottom edge of the intake. This ply piece will bear the brunt of any fast landings. The upper fuselage is a box with 1/8in balsa sides (with 1/32 ply doubler at the front), and 1/4 in top and bottom sheets, 3/8 triangular section at the joint allows the necessary degree of rounding to be achieved. Unless you decide to build in a hatch (I didn't, because I thought the model wouldn't last long enough to need it), the battery needs to be installed before the rear sheeting is complete.

The hatch is quite neat, it uses the canopy join as the front locator and a tongue-and-groove arrangement around the fin at the rear. The canopy is cut into two sections and the front section is epoxied to the fuselage and framed with 1/2 in wide strips of 1/32 mirror ply. The band of ply which goes round the join acts as the front locator for the rear section of the canopy which is glued to the hatch..." 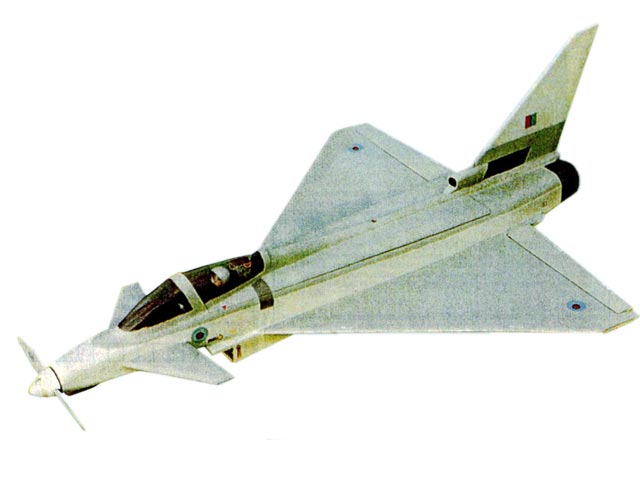