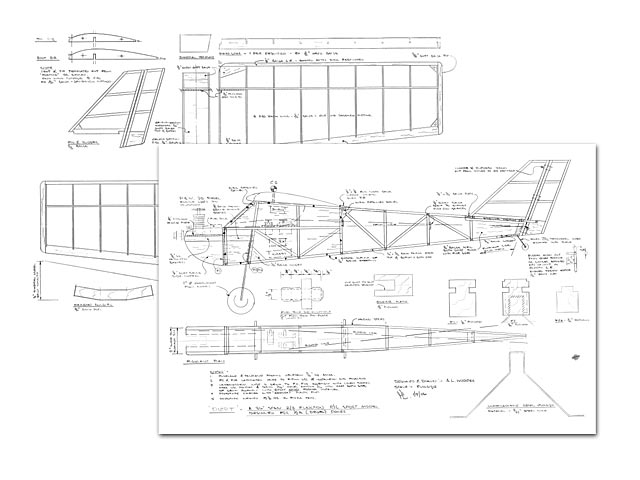 Pert. Radio control sport-trainer model for 1/2A engines and 2 or 3 functions.

Quote: "Although the plans and construction article were published in RCMW magazine in March 2011, my original plans are dated May 2006. The prototype was built and flown around that time when I was still resident in New Zealand and a member of the Tauranga MAC there. The majority of our club members were generally more interested in sport flying rather than competition flying at that time but we often travelled to and also hosted various rally events.

It was around that tome we became interested in S.M.A.L.L. (Small Model Airplane Lover's League). This special aspect of modelling came into fruition in USA in the late 1980s specifically to create a unique fly-in arena for small models. About the only 'rule' was that models were restricted to a maximum capacity of .25 c.i.

Our guys took to this unofficial class enthusiastically and we corresponded with several modellers in USA who were most supportive. We also hosted several S.M.A.L.L. weekend rallies over the months ahead which were popular and well attended by modellers from all around the North Island.

This 'Pert' model was created specifically to participate in these events. It was a simple model and uses conventional stick-balsa construction methods. Covering was iron-on plastic film. This one used a PAW 80 diesel with r/c throttle and was a delightful little performer. It was certainly not under powered and I reckon it would be equally as much fun with a tired Cox .049 or electric equivalent.

I flew this little model often for the next couple of years and then passed it on to a fellow club member when my wife and I moved over here to Australia in late 2008. These original tracings came to light when we moved house recently. Unfortunately I could only find one old 6 x 4 photo which I have attached. Regards, Alan W" 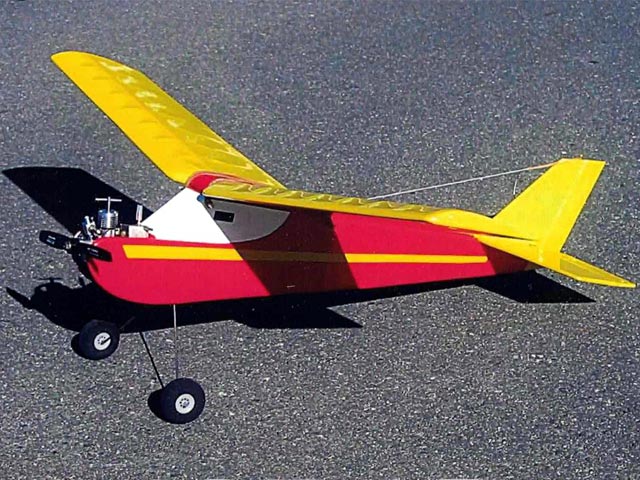