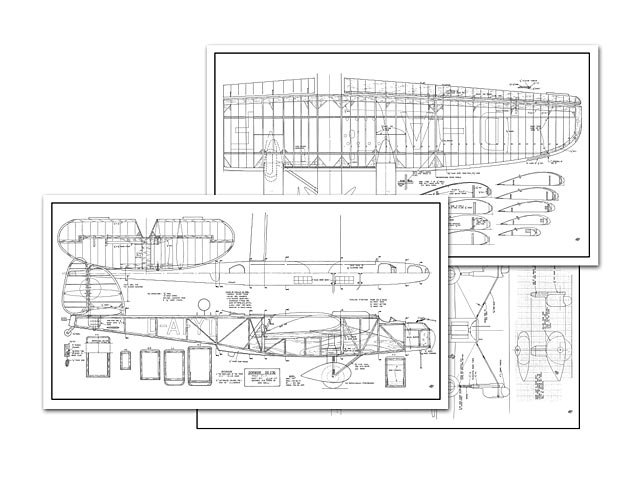 Note see RCGroups thread from 2007 at: https://www.rcgroups.com/forums/showthread.php?756623-Dornier-DO-23-Don-Srull-s-beauty for some great photos (sampled here on this page) taken by Pat Daily of the original model prototype, still being flown by Don Srull himself 30 years later, in 2007. The model had by then been converted to electric.

Some of the most interesting and unique vintage aircraft designs are to be found in the group of between-the-wars, long-range bomber aircraft. German, British, French and American designers of the 1920's and 1930's were struggling to escape the severe limitations of the wood, wire and fabric bombers of World War I.

Metal structures, higher powered engines, better streamlining, including first attempts at retractable landing gears and internal bomb storage, began to show up in these new and innovative, if somewhat awkward, giants. Several of the French aircraft of the period have always appealed to me, especially the Amiot 143, the Block 200 and the Potez 540. However, in selecting the subject for my first twin engine Sport Scale R/C model, I was attracted to a relatively obscure German bomber from the Dornier works because it seemed to lend itself so well to modeling.

As I gathered more information on the Dornier 23G, I began to appreciate just how good a subject it was. I must admit that I was rather surprised (and a little pleased) to discover that the DO 23G had apparently never before been modeled, even in plastic. Its twin-engine nacelles allow easy upright mounting of model engines, and they provide adequate airflow for cooling. The wide-track landing gear can be simply built and mounted, using standard modeling techniques. Finally, the moments and tail surface areas are about as good as any sport R/C design you can imagine - in fact, not unlike a Falcon 56. The thick-airfoiled, graceful wing and its typical Dornier fin/rudder shape give the 23G a distinctive and classic look.

The scale structural materials can be easily simulated in the model: a simple balsa box represents the aluminum-covered fuselage of the real DO 23G, and the silk-covered wing and tail surfaces likewise match the fabric-covered surfaces of the original.

Last, but not least, from a Sport Scale competition standpoint, the aircraft has a large number of interesting and simple-to-duplicate surface details that add so much to a model's scale appearance: three open cockpits, hand rails, three machine guns, six antennas, and a pair of enormous wheel spats, to name a few. The only design features I was somewhat concerned about were the thick (20 percent) airfoil and the Junkers-type, so-called 'double wing' off-set flaps and ailerons. As it turned out, these concerns were unfounded since the model is extremely stable and well-behaved, with no bad characteristics whatsoever.

I selected a scale of 1 in = 1 ft, which gives the model a span of 7 ft and a wing area of 8 sq ft. The prototype model weighed in at about 10 lbs ready to fly. Two OS Max .30 engines were used, which give more than adequate power. Anything over that size would be wasted weight and volume - in fact, a pair of .25's would do the trick nicely.

The model was completed in less than six months time, from design to first test flights, and a couple of months before the 1977 Nationals. As a result, the Nats was the first competitive event entered; certainly not a recommended procedure! The Dornier 23G, however, received the highest static score in the midst of some stiff competition. My lack of flying experience with the model (and general lack of flying skill) and an erratic elevator servo put us in third place overall.

And it was very close at that: only 3 points separated first, second and third places! A little more flying practice helped win three first places in the three subsequent sport scale events entered. With my kind of flying, this proves how competitive the Dornier 23G can be! It's also an enjoyable, easy flying model..." 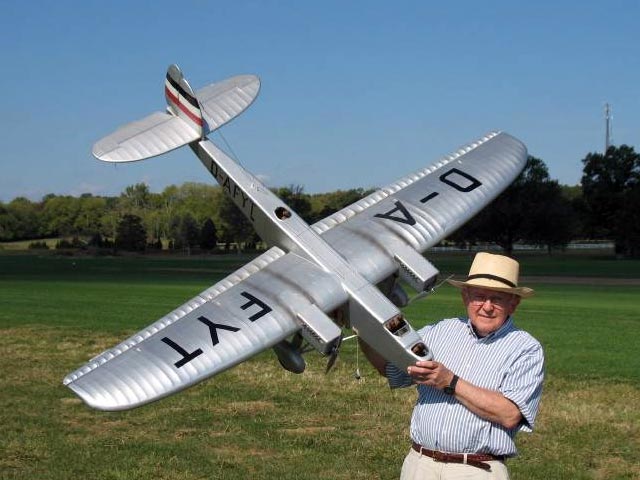