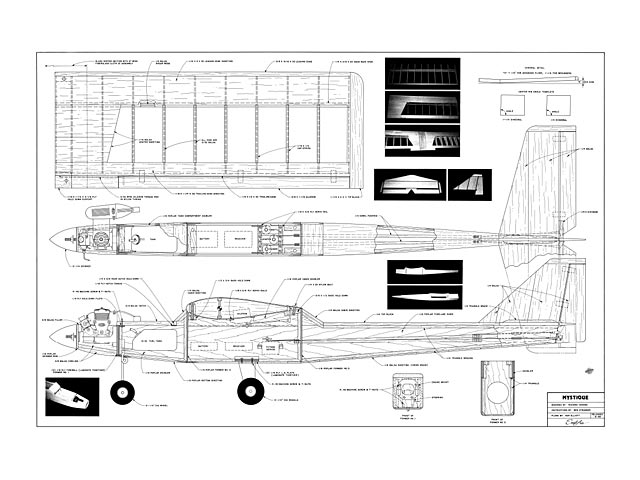 Quote: "BUILDING THE MYSTIQUE: To make these building instructions easy to use as you build the kit, we recommend that you cut them from the plans.

Before you begin assembling the Mystique read all of these instructions. Locate the parts you'll need for each step along the way. As you do so you will find that this kit is unusually complete in that it includes accessories such as pushrods, nosegear steering arms clevis rods and clevises, aileron torque rods, rudder and elevator control horns, a dural main landing gears nose gear, and an engine mount.

While reviewing the building instructions will seem to take up important building time, we assure you that it will save you time in the long run and will help you avold making mistakes along the way.

THE FUSELAGE: 1. Select the fuselage sides from the kit. Lay them side by side on your work bench. so they touch along the top straightedge. Mark the word 'inside' on both fuselage sides.

2. Get out your sanding block and presand the outside of both fuselage sides. Locate the two 1/8 thick ply firewall pieces and glue them together. Do the same for the wo 1/8 thick ply landing gear plate pieces.

4. Glue the factory shaped fuel tank compartment doubler to the inside of both fuselage. sides. Since the front of this doubler mates with the back of the firewall, temporarily hold the firewall in its location on the fuselage side to get the proper fore-aft location of the doubler.

5. Measure and mark the location of the front and back of the plywood landing gear plate. along the bottom edge of the fuselage sides. Locate the two cabin sides in the kit. These ply pieces are out for the wing saddle and cut to the angle of the front and back of the cabin. (The smaller pieces with the wing saddle cut-out are cabin doublers and are not used at this time).

Quote: "Good morning (at least on my end). I found another plan that you don't seem to have: Craft Air Mystique. Designed by Richard Verano. They are dated 8-1983. I built one years ago. I don't have any pictures of that model so I am attaching the box top picture that doesn't do it justice, but it will have to do until I build the kit that I just found. It's very similar to the Bridi/Great Planes Trainers except for the swept tail. The instructions were printed on the bottom of the plans. One of the first instructions says to cut them off which works well since the shop that scanned them couldn't copy 42 inch wide. I copied and enlarged the instructions. I didn't do a great job, but they are certainly usable. Ray" 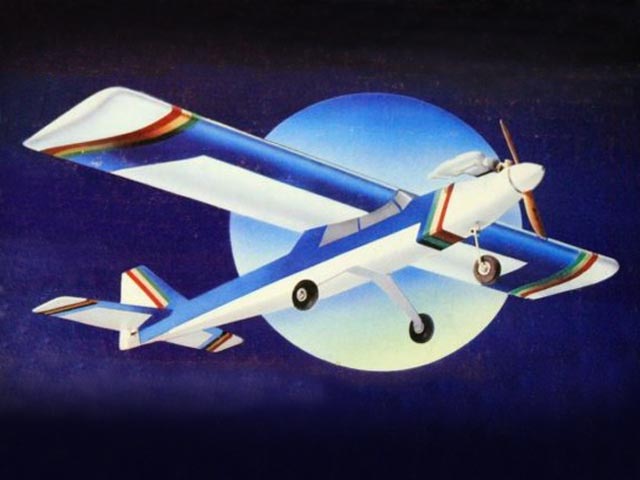 Thanks for posting plans for the Mystique. I built one back around 1984 as my second RC plane. I always loved the design and the thick symmetrical airfoil. It could be a gentle flyer or turn the wick up and it could do just about any aerobatic maneuver in the book. I lost mine due to a bad elevator pushrod flexing coming out of a split S at full throttle with an OS .40 FSR and tuned pipe on the nose. Lesson learned. I have an untouched kit under the bench I plan on making electric (Oh, the sacrilege!)
Dave B - 10/05/2022
Add a comment