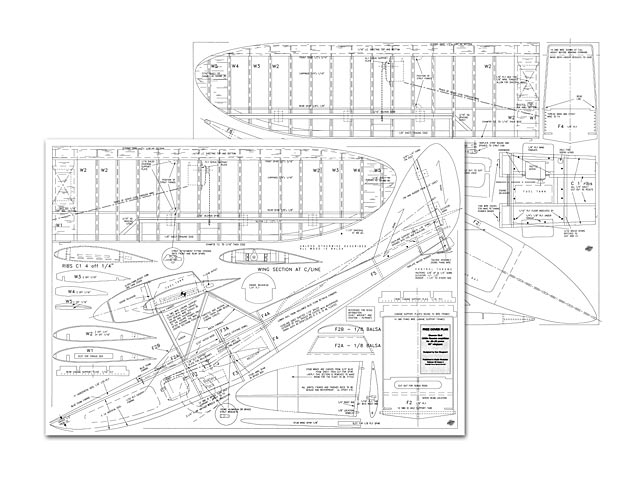 Designed by the Russian engineer VB Shavrov, the Sh-2 was originally built as an amphibian flying-boat for sports flying, training and light transport, suitable for use in areas of the Soviet Union where few or no aerodromes existed. Derived from the Sh-1, the Sh-2 was larger at 13 metres span and was fitted with a more powerful 100hp engine.

Over the 30 years from its first flight in 1930, the type has been used as sports, liaison, passenger and mail transport, ambulance and agricultural duties, forest protection, ice reconnaissance, civil & military training, rescue and even as a glider tug. A truly utilitarian and functional vehicle. Yet for all of that, the Shavrov Sh-2 is extremely attractive, with graceful, flowing curves and clean, uncluttered lines - which is what attracted me to her in the first place.

Why I chose the Shavrov: I wanted to build a flying-boat for my next project. Not having any lakes in the immediate vicinity of my home base, an amphibian seemed to me to be the ideal compromise. The Sh-2 has been lurking in my build list for some time, having discovered it in a Putnam book, whilst browsing in my local library last year.

The sharp, yet curvaceous lines of the hull/fuselage are particularly nice - she just cried out for modelling. What made me put pencil to paper finally, was seeing a couple of photo's of Barry Burton's 8ft span version in a back issue of Radio Modeller. What a cracker!

As regards the size, I am a small to medium size model man - and having a spare .25 OS SF on the shelf - Bob's your Uncle! (or should that be Vladimir's your Uncleski!)

Design Criteria: Having collected numerous off-cuts of blue foam from previous projects, all of which seemed too small for practical use, it occurred to me that I could use them in the hull construction, sandwiching ply frames carrying the wing mount wires and tail skid assembly, between hollowed blocks and skinning the resulting lightweight structure with thin balsa sheet.

For water protection, should I ever get the chance to fly off of water, the hull is finished in light glasscloth and resin, all adhesives used being waterproof, namely epoxy.

The reasonable amount of scale dihedral - and sweepback meant that 3 channel was feasible, simpler and cheaper. The prototype was built and flown in this configuration but was subsequently modified with the addition of ailerons, operated by mini servos in each panel, a 'Y' lead in the centre section - the lead running down the cabane wire into the hull.

The wing structure, being traditional built-up structure, with two solid sheet spars and nose D-box for torsional strength, plugs into the centre section via ply tongues and boxes, giving location only, the flying loads being taken by four spruce struts, picking up on brass lugs epoxied through the fuselage skin, up against the main load bearing ply frames. Rubber bands, around wire hooks, retain the wing panels to the centre section.

For scale accuracy and atmosphere, closed loop wires to elevators and rudder are absolutely essential. I fitted bellcrank pivots on the same centre, operated by wire rods connected to two standard servos, mounted just forward and aft of the front cabane wire. This gives reasonable access to the electric's and adjustment of the closed loops - but not a lot! A little bit of manual dexterity required.

The true shape of the cockpit is questionable, I can't be too sure from the photos. The Sh-2 was able to carry a complement of three, two in front and one behind, with high sides to the cockpit. I have tried to work out a logical profile transition but if you think that it should be different - feel free! - the beauty of working from vague photographs is that no-one can prove you wrong (?).

The engine pod/tank fairing is not scale either. However, it is, I think, in keeping with the lines of the overall aircraft. So there we are, an unusual sports scale configuration.

Building Notes There aren't a lot - the sequence of build that seems most logical, is fuselage, centre section, tail end, wing panels, struts and finally winglets/floats. The latter I chose to shape from blue foam, with hard balsa spars. The winglets locate on ply sub spars through the fuselage retained by a self tapper screw. 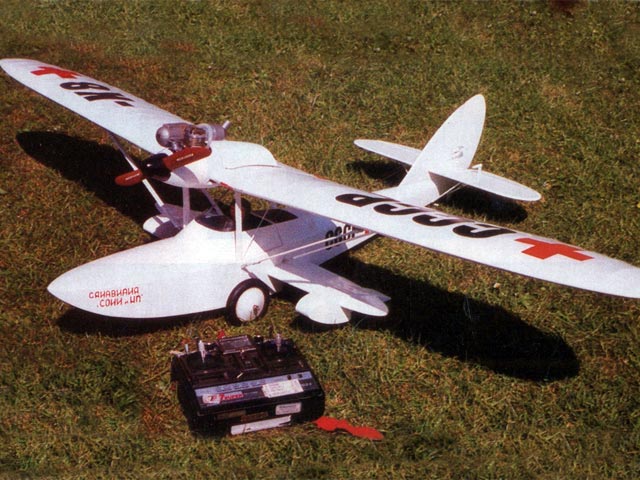