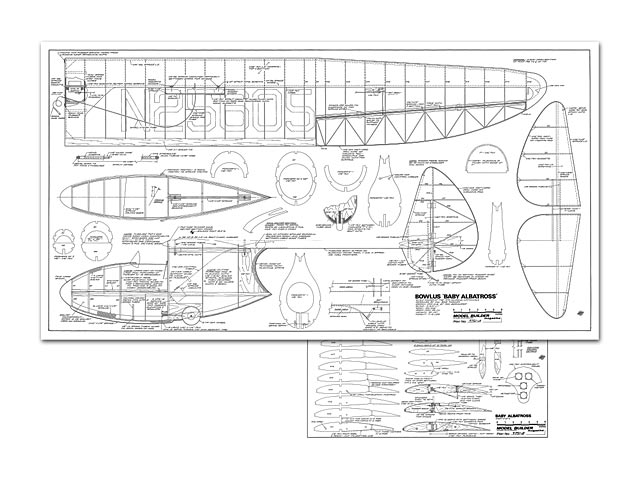 Quote: "Col Bob Thacker USAF (Ret), is a guy who exudes confidence. He walked into Model Builder's office one day last winter and announced in no uncertain terms that he was going to build an R/C Baby Bowlus and win scale at the 1975 Soaring Nationals. No doubt it was with the same assurance that he told his Air Force superiors in 1947 that he was going to overload a P-82 Twin Mustang with enough fuel to fly it, non-stop, from Honolulu across the Pacific and then across the USA, and land in New York, to establish 3 world records.

In both cases, he proved himself correct. Having dealt with the Col in other matters, we didn't question his prediction on the Bowlus, but simply said - Fine, we'll do a construction article on it and time it to come out within a few weeks after the SOAR Nats.

Easier said than done. We're sure Col Bob had better plans for his non-stop hop than he did for the Bowlus - in fact, most anything would have been better than the mutilated, hole punched, glue spattered, hen-scratched bits of tattered tracing paper that he brought to us when the Baby was completed. Our ace plans delineator, Phil Bernhardt, took one look at the shredded mess, let out a shriek, and started chewing all of his pencils into fine splinters!

Fortunately, Col Bob also brought along the Bowlus, and it spent the better part of two months as an honored guest of Model Builder's drafting department. In fact, Phil was just putting the finishing touches on the plans when the Col. came by to take the Baby to Chicago. We knew Phil had done a good job on the plans when Col Bob pronounced his endorsement.

The rest of the introduction is mere routine. In Chicago, the Bowlus Baby Albatross not only acquired the highest scale points, but Col Bob also managed to tow it up into a nice thermal and scored the highest scale flight points. Everyone stopped what they were doing to watch the Baby fly, and Bob reports that one thing happened that he hadn't expected - both the takeoff and landing were accompanied by a huge round Of applause. Except for that, it was all just as Col Bob Thacker had expected..." 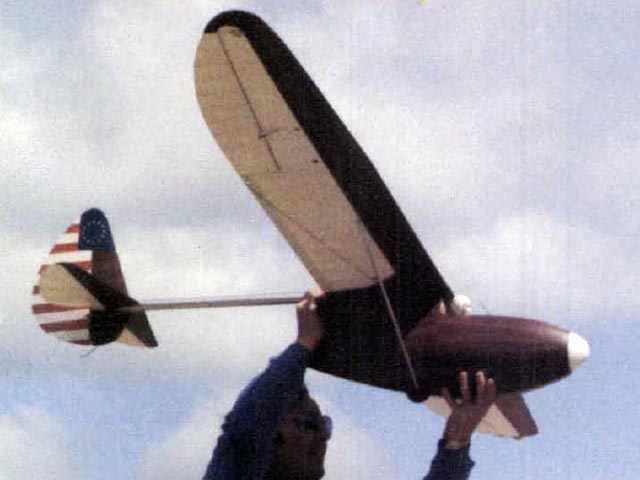 Anybody read Bill Northrop's introduction to the article? Got me grinning like mad!
Martin - 05/05/2022
Add a comment