Quote (google-translated from the French): "Here is something sensational and unprecedented. The flying model of the famous 'Concorde', a supersonic transport aircraft designed in collaboration by the companies Sud Aviation and British Aircraft Corpora-tion. We are happy and proud to be the first to publish the plans for this device for a flying model, because let's not forget that this project was originally French and was called 'Super-Caravel'.

Although revolutionary, this model presents no difficulty in construction and can easily be built during the holiday period. Propelled by two Jetex 50 or two Comète Rockets, this model will be very original in flight and very fast if the construction remains light.

Here are some technical details of the real machine. The Franco-British Mach 2.2 supersonic commercial aircraft project will be an evolutionary delta wing aircraft, equipped with four powerful engines derived from the Bristol Sideley Olympus. The 2,340 km/h cruising speed will allow it to make a transatlantic flight in about three hours. With a wingspan of 23 m 50, the aircraft will have a fuselage of 51 m 80 long equipped with portholes and able to accommodate about 100 passengers. It will be made of aluminum alloy, with the use of titanium or stainless steel in the parts most exposed to thermal stress. A retractable Nisière will raise thus masking the windshield in supersonic flight in order to reduce aerodynamic drag and will lower in subsonic flight in order to allow normal visibility.

The construction of the model is very simple and fast, we will study it now.

Fuselage: Perfectly cylindrical between couples 1 and 5, this part of the fuselage will advantageously be built in rolled balsa sheet, a quick and light method. The cover sheets will be wet on the outside and then there will be a layer of coating on the inte-higher face. By drying the bending is done almost on its own by helping the regularity of the operation as needed on a broomstick or better with a chuck taken from a cardboard tube or metal at the appropriate diameter..."

Quote: "Hello everyone, Here is the plan of the Concorde as it was presented in the MRA magazine number 292 of August 1963. A fine example of Franco-British industrial cooperation and excellence. Best regards," 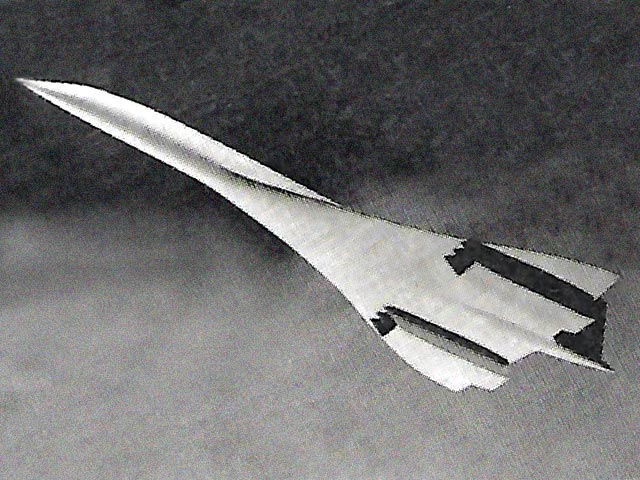