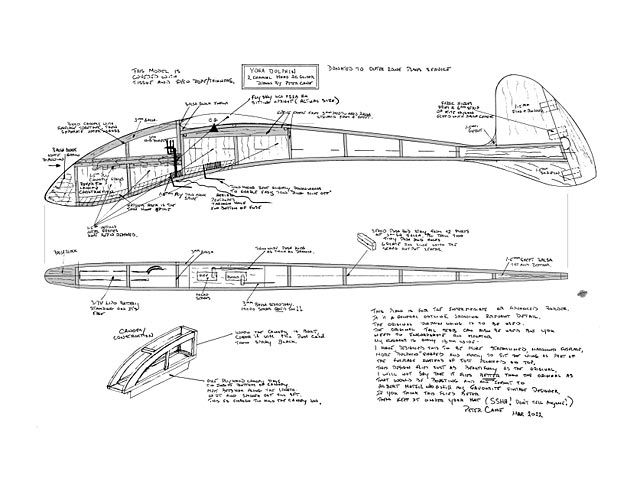 The original Keil Kraft Dolphin (oz1333) was a free flight model, designed by Albert Hatful in 1952. This here is a modern plan showing a redesigned alternate fuselage for the Dolphin, incorporating 2 channel RC, access hatch and other minor changes.

Note the original Dolphin wing is to be used. So this planfile does not include the wing.

Quote: "I have always been a follower of Albert Hatful designs and to my mind he was a genius even at the age of 19 (Junior Sixty and more). In particular, the KK Dolphin, designed as a free flight model flew faultlessly.

We have now moved on, want more and have micro radio control. What I did not like so much about the Dolphin fuse was that it was very bulky and the frontage was similar to a Waco Hadrian troop carrier.

I felt that it could be so much streamlined into an even more 'Leaping Dolphin', the fuse length shortened, the width halved and still install 2 ch micro radio.

I was not happy with the wings just plonked on top. I wanted the wings to be integrated with the fuselage. With my pictures you will see there is no wing fairing from the back of cockpit to the wing LE. This is on purpose as I use the Dolphin wing to fit on other gliders.

The wing and tail plane are perfect design. The fuse was also perfect but I had other ideas in mind. So?......how dare I change an Albert Hatful design? I feel guilty, ill informed and a traitor. But I have dared. Who dares wins! Happy flying, Pete" 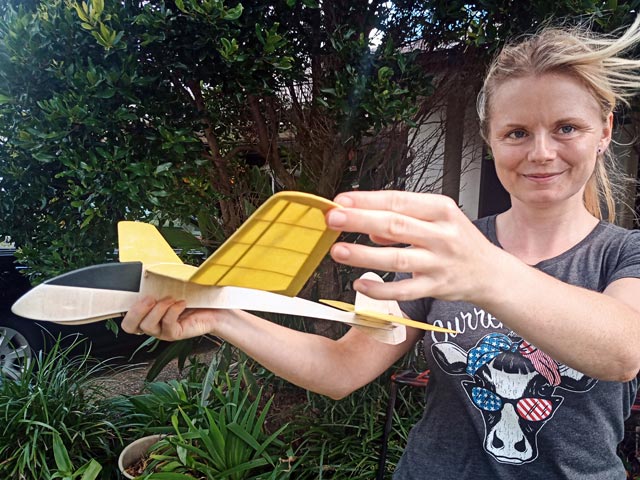