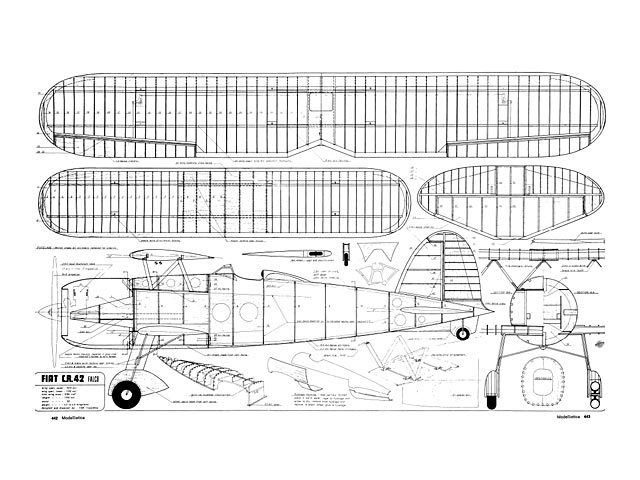 During the Second World War every country involved had at least one aircraft which emerged amongst others in memory of that conflict. Paradoxically the sentimental favorite did pot necessarily represent the most technically advanced machine of that era however reflected a period during which each country pinned their hopes for either dominance or just plain survival. At the beginning of the Pacific War it was the 'Jap Zero' (Imperial Japanese Navy Mitsubishi A6M2 model 21 type '0') even though later on the little known K1.84 Hayate became an even match for the Mustang. The Messerschmit BF-109 no one forgets, but tend to forget that Germany produced the first jet fighter, the Me-262 operating for almost a year before things came to a close. Of course England's finest hour as Churchill described the battle of Britain brought on the 'Spit' to ward off the Huns. Even after 35 years it seems that every London taxi driver of a certain age has some story to tell about that one. In America the sentimental favorite is the Mustang although Navy pilots who flew Hellcats and Corsairs will understandably argue the point. Not so prominent in Western history is Russia with their Yak, the French and their Dewoitine - and the Italian Fiat.

But this last one in the group is a curious one indeed for it happens to be a biplane. The Italians designed some very sophisticated aircraft during the war such as the Macchi 205 and Fiat G-50 however not enough were ever produced to bring them into prominence. But the favorite, the one people seem to remember years after is the CR.42 Falco. Even with its built in obsolescence this machine nonetheless gave a good account of itself on all fronts.

The success gained by the CR.32 in Spain had convinced the Ministero dell'Aeronautica in biplane configuration. Although a genuine war, it gave a false impression of how the big war would eventually be fought. In any case the first CR.42 lifted off successfully on May 23, 1938 from the Aeritalia proving grounds just outside Turin at the foot of the Alps.

Very clean aerodynamically and using a very strong structure, the Falco was reputedly the best military biplane ever to come off the drawing boards and served well even against faster aircraft. It became in fact the Italian fighter produced in greatest number.

The robust structure permitted every conceivable maneuver with a maximum level speed of 274 mph at 20,000 feet. A real pilot's airplane, until they could get back to racing fast cars or skiing down treacherous slopes, the superlative maneuverability of the CR.42 combined all the qualities dear to the heart of the Italian pilot.

The biplane arrangement of rather notable unequal span was braced by a rigid warren-truss system, a trait used many years before the CR.42 by Fiat chief designer Celestino Rosatelli. The fuselage was a welded, steel-tube, triangulated framework of manganese-molybdenum with light alloy formers, the resulting oval section covered with metal skin forward and fabric aft of the cockpit.

Basic structure of the wings was light alloy and steel with metal skinned leading edge and a fabric main covering. Ailerons were fitted to the upper wing only, fabric covered and of very efficient design. Tail unit was a cantilever monoplane in duralumin with the rudder and elevators covered with fabric. Powered by a Fiat radial putting out 840 hp at takeoff, the aircraft mounted only two machine guns of 12.7 mm, and carried no radio aids.

During my years of R/C activity many Italian colleagues often expressed desire to see their sentimental favorite reproduced in model form but strangely enough no one ever took the time to do so. True, it is not as a Spitfire and the Warren-truss wing brace system might be described as challenging, however the difficult part turned out to be making the drawings, not the actual building. Nonetheless in all fairness it should be stated, even if a familiar cliche, that this model is not for beginners.

The success of your CR.42 depends on light construction work especially rear of the center of gravity and can be flown very nicely on a strong 10cc engine providing that the heavy tail, then lead ballast routine is avoided. Following instructions will help to avoid this. The final weight of the prototype (without fuel) came out to be exactly 3.72 kilograms.

Being a stand-off scale model, all rib, former and longeron spacing is designed as per original. This structural system has the advantage of building up into a strong, light and interesting shape using a minimum of plywood parts.

Experience has shown that it is advisable to evolve a general construction sequence so as not to waste time during each work session. The general rule is this; cut out parts only as needed so while one component is drying, other parts can be fashioned. Construction will be divided into two major sequences. The fuselage-lower wing plus landing gear sequence and the upper wing-tail group-wing brace sequence.

Fuselage: Once the formers no 2 to no 14 are shaped the fuselage builds up quickly over the plan. The isometric drawing shows how the half section builds up. Remember to use soft balsa for the tail plate no 15 and medium hard balsa for the side former no 16. Lay in and glue all stringers before turning over to complete the other side. Be careful not to let any distortion creep into the fuselage. Very few plywood pieces are used on this model and when employed concentrated in front of the CG.

Before assembling the ply motor mount group and firewall it must be decided which fuel tank is to be used. If necessary cut a hole in the firewall to accommodate the tank. Cut and taper the maple motor mounts and make sure everything notches together before fixing with appropriate dabs of your favorite adhesive..."

Quote: "This plan appeared in Scale R/C Modeler and Modellistica too. Tom Tjaarda was a famous car designer, and now we know a skilled modeller. Probably during his job in FIAT car company he knew FIAT Aircraft activity and falled in love of this bipe, see his page at: https://en.wikipedia.org/wiki/Tom_Tjaarda.

I scanned from Modellistica that hadn't formers at 600 dpi, you can match and combine for the best results.

One original is preserved in Hendon Museum, in Italian museum of Vigna Di Valle there is only a reconstructed one with partial original junk and new
parts.

Update 18/4/2022: Added alternate plan, which is less clear on sheet 1, but does include sheet 2 - which shows all the ribs and formers, thanks to Paul Sluce. This plan is stamped HE and is probably credit to hlsat. 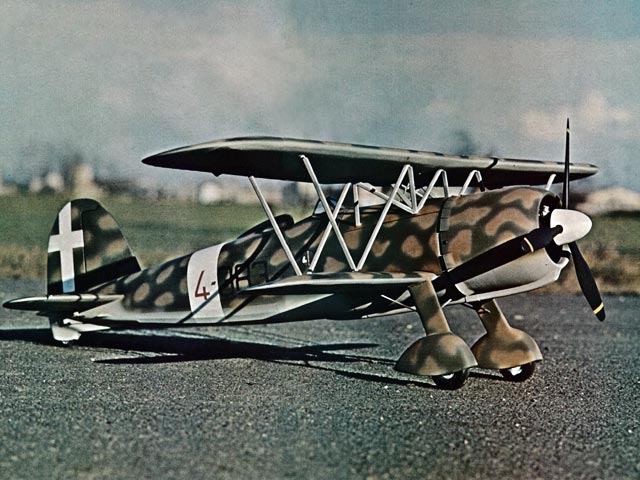 Nice, a pity there are only 2 formers on the plan...
Vic Arcudi - 18/04/2022
Fixed now, see supplement file :)
SteveWMD - 18/04/2022
Very unique airplane. I've had the plans for a while. I'm hoping to get started on it in the next few months. I'm thinking it will make a really nice electric conversion.
BTW, anyone realize that Tom Tjaarda was also the designer of the De Tomaso Pantera sports car?
Jonathan Edge - 25/04/2022
I did, and figured many others did also, so decided not to comment. DeTomaso Pantera, Mangusta, Deauville, etc., and other brands. But thanks for the info anyway.
RC Yeager - 25/04/2022
Add a comment