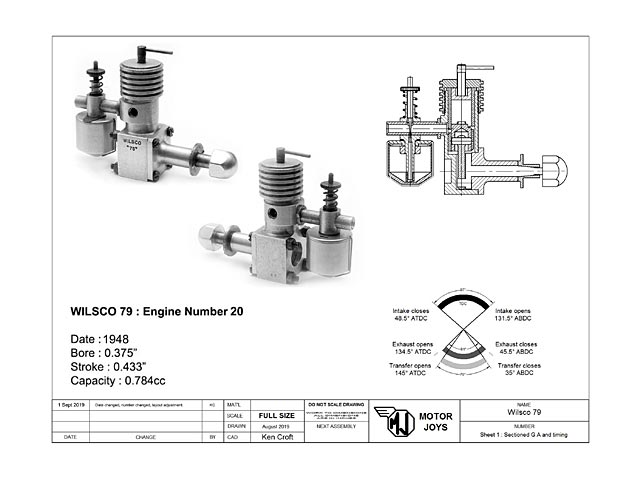 For more on the Wilsco 79 with history, description and test, see: https://adriansmodelaeroengines.com/catalog/main.php?cat_id=29

Quote: "The Wilsco 79 was a neat little 0.79 cc barstock sideport diesel made in extremely small numbers in 1948 by a firm called Williams & Scott of Balsall Common, a small rural community lying to the SE of Birmingham about midway between Birmingham and Coventry, England. This was almost certainly one of the small-scale garden shed operations which were quite common in England during the early post-war period. It’s likely that Messrs. Williams and Scott were model engineers who carried out all of the manufacturing between the two of them, without any outside assistance.

As far as can be determined, the Wilsco 79 was never nationally advertised, presumably being marketed primarily in its area of manufacture through direct sales from the makers. Even so, a few examples did end up in the hands of the retail trade - Kevin Richards actually acquired a pair of unused New Old Stock examples from a model shop in Redcar, Yorkshire in the 1970’s. They had been in the shop’s stock since 1948, having failed to sell during all of that time! It has not proved possible to find any record of the engine’s selling price when new..." 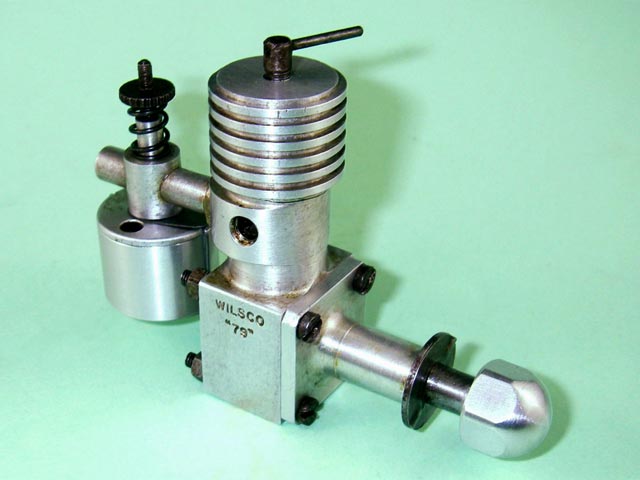