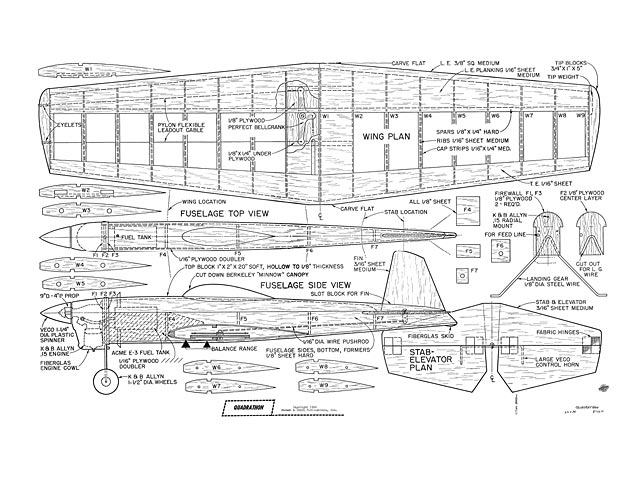 How would you like to compete with the same one model in four separate events? Phil Edwards of the SLOW club of Washington DC, has proposed such a contest . . . the "Quadrathon" in which one model is judged for Beauty, then flown in Endurance, Speed and Stunt events. Scores made in each of the four phases are totaled to determine winners. Tentative rules for the 'Quadrathon' contest follow:

General: This event is intended to stimulate the resourcefulness of the control line model aircraft designer and to present him with problems of compromise and well rounded performance. This is in contrast to the present trend toward specialization and extraction of the ultimate in one particular design type.

In this event a single plane is required to make a good showing in four fields which, at times, become contradictory in purpose. While the propeller may be changed throughout the series of events all other aerodynamic features must remain unaltered. Any non-aerodynamic features within the plane's fuselage or wing may be altered for any phase of the event.

The four individual phases (which are judges on points) are listed and pertinent facts are given for each. The highest attainable score is 1,000, and equal status (250 points) is provided for each phase.

Pilot: It is expected that the designer will want to participate in final engine adjustments; therefore the pilot may be a person appointed by the designer, or the pilot-designer shall be allowed complete freedom to travel between the plane and control handle.

Starting: All starts are to be manual with no mechanical aids allowed. Two minutes are allowed for starting each official and unofficial flight in each phase (timed from moment prop flicking starts until the model is released for flight).

Construction Details: Landing gear required, fixed or retractable. All flights must take off and land on wheels.

Engine(s): Any internal combustion engine with a total displacement between .045 and .1525 cu in may be used.

Wing: the combined area of the wing and horizontal tail surfaces must be at least 125 sq in.

Rudder (vert stab) required; must be at least 5% of the wing area. Pull test 20 lbs. measured just prior to speed test..." 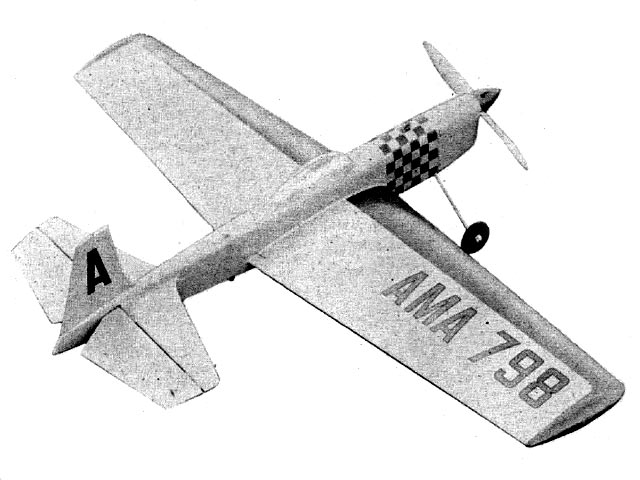 The 1960 AYSC program was essentially the same as the 1959 program. However, in 1961 the AYSC program was open only to Juniors and unlike previous championships only one type of model was allowed. The single model was to compete in a special CL quadrathon which consisted of 4 events - beauty, stunt, speed and endurance. This new system of selecting the champion was designed to encourage Hobby Dealer participation as well as offering competition flying slanted primarily for the young beginners
pit - 11/04/2022
Add a comment