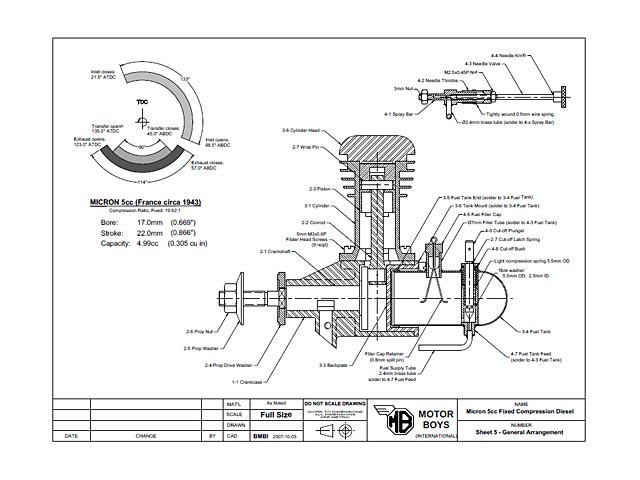 The Micron was the subject of Stu Richmond's 'Engines of the World' column, in Model Builder, Sept 1984.

Quote: "The First of the French, the Beginning: When Lindbergh landed his Spirit of St Louis at le Bourget Airport outside of Paris, he electrified the world with the flight across the Atlantic. America was suddenly 'air minded', but so was the rest of the world! Aeromodelling took off like a shot from a cannon and a Frenchman named M Gladieux was caught up in the excitement.

Early in 941, Mr Gladieux handmade probably less than a dozen test engines before going into the model engine manufacturing business under the trade name Micron. When he was satisfied with his test engine, it was time to put them in the hands of other modelers for the true acid test. Picture No. 1 shows one of these test engines and it is truly rare. It represents the beginning of the manufacture of Micron engines, which are still being produced today alter more than forty continuous years of production..."

Quote: "Steve, An usual engine that is a diesel but has no provision to alter the compression ratio. My understanding of the tommy bar to alter compression is to change the timing of the engine – but when fixed, apparently the fuel mixture ratios are responsible for this. Other readers may be able to alter or confirm this. In any case it is a very nice-looking engine from apparently during WW2 … made in France. Regards, Ed" 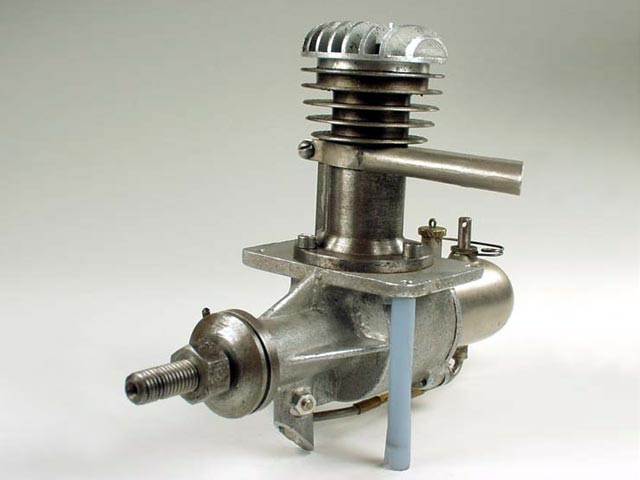